Readers asfhisssny
–Â I hope that this is the story of just one over-coached kid. But…maybe not. This is a piece from SpikedOnline by the inimitable Josie Appleton who runs the Manifesto Club in Britain, which is like Free-Range Kids mixed with Reason.com.Â  A “panto” is the age-old, slapstick, audience-participatory Christmas pantomime show (not silent!) that has delighted Brits for hundreds of years.

Turning All Adults into Panto Villains, by Josie Appleton

It is a tragic fact that todayâ€™s child-protection culture and related laws often have the perverse consequence of leading decent adults to withdraw from interacting with children.

Examples abound: people say they would not stop to help a child in trouble for fear of being labelled an abuser; hobby clubs close their doors to under-18s; and volunteers, be they at sports clubs or youth clubs, say that they will no longer put themselves â€˜at riskâ€™ by working with children.

Now the veteran British entertainer Lionel Blair has retired from kidsâ€™ pantos, describing how everything from hugging a child to saying hello becomes the object of suspicion. He recounted one recent instance during his run in Chitty Chitty Bang Bang. â€˜There was this one little boy who used to come up to me every night to give me a hug and in the end I had to say to the matron, â€œI love him but will you please stop him doing that?â€â€™ After all, Blair continued, â€˜It only takes one stagehand to say â€œLionel Blair is touching the kids backstageâ€ and thatâ€™s your career over. So I had to stop it. Itâ€™s awful, so sad, because I adore children.â€™

Another time, when Blair asked a seven-year-old boy his name at a Stockport panto, the boy replied: â€˜If you touch my nuts, youâ€™re dead.â€™ What this shows is that the current narrative about abuse and child protection is not actually about abuse. Instead, it represents the contamination of ordinary affection or friendliness between adults and children: that is, adults and children enjoying each otherâ€™s company â€“ for example, enjoying a show together.

The â€˜donâ€™t touch my nutsâ€™ boy captured the way in which a friendly introduction becomes a potential act of grooming. It was not just something his parents have said to him: in fact, the boy expressed perfectly the equation made in child-protection policy between the closeness of a relationship (â€˜frequentâ€™ or â€˜intensive contactâ€™) and the â€˜risk of abuseâ€™. 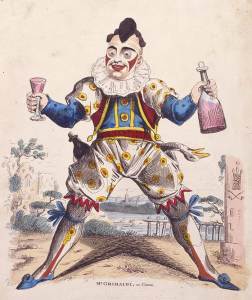 The Pressure to Get Parenting Exactly “Right” — Starting from Pregnancy
Xmas Gift? A Kit That Saves Your Child’s Scent for the Search Dogs