Readers tndkyrtbhb
— I love this reassuring piece about the tyranny of “must do before it’s too late!” advice when it comes to parenting. And here I’ll repeat my favorite anecdote about that topic. What age was GEORGE GERSHWIN when he got his first piano?

Not that you have to be a genius to start learning a skill later than some peers. My point is the opposite. And that’s this music teacher’s point, too, in taking on the belief that there is just a small window of time to start learning X, or all bets are off. – L

THE WINDOW, by Diane Hidy

“That window is crap!” I blurted out.

Not my most elegantly phrased response.

She looked scared to believe me but terribly relieved.

The mother of an adorable daughter, age 5, had just confessed her concern about missing “the window” of opportunity for music study. I’d explained to her that her daughter, Sarah, should probably wait another year before starting lessons with me. Sarah is just starting kindergarten this year. I think she’ll do much better if she waits a little bit longer. She has some physical challenges and spends timeÂ working on strength and coordination with her occupational therapist. She’s obviously bright and I’m certain she’ll do well when she does start. In my professional opinion now is simply not the best timeÂ for her.

Long before there were studies about when children “should” start music lessons, there were still people who could make you feel bad about your parenting choices. There have always been people ready to pounce on a nervous parent.

Hidy goes on to note:

….When we ask ourselves if it’s the “right” time to do something, we’re asking the wrong question. There isn’t such a thing as a “right” time to do something. There are only different children and their individual needs. From my own personal experience, for example, my son couldn’t tie his shoelaces until he was eleven years old. My daughter could tie a bow behind her back at the age of four. Is it realistic to think that the criteria I would use for one of these children would fit the other? Buying into the idea of “right” puts us in the position of measuring our children by an imaginary standard that can only fog up the window through which we see our own child. 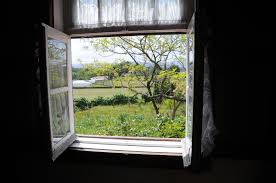 36 Responses to Enough About the Short “Window” of Time Kids Have to Learn One Skill or Another!