As yttkiynyyr
usual, Â the “It’s Complicated” author danah boyd has nailed it. In this piece, she contrasts the usual image we have of an online predator (middle aged guys lurking on Club Penguin) with the reality (teens talking sex with each other, or with adults that they KNOW want sex). This reality gap means not only do we teach our kids the least helpful lessons (“Evil strangers are out to get you!”). It also means we encourage cops to masquerade as sexy jailbait on line, as if they are combating an incredibly pervasive crime.

This is not to say that no adults prey on youth, online or off. Only that we’d have safer kids if we taught them to recognize, resist and report abuse, rather than, “You are in constant danger!” And we’d also have safer adults, without cops trying to create crime so they can “discover” and pounce on it. – LÂ

What if the sexual predator image you have in your mind is wrong? by danah boyd

(I wrote the following piece forÂ Psychology TodayÂ under the titleÂ â€œSexual Predators: The Imagined and the Real.â€)

…Â If youâ€™re like most parents, the mere mention of online sexual predators sends shivers down your spine. Perhaps it prompts you to hover over your childâ€™s shoulder or rally your school to host online safety assemblies.

But what if the sexual predator image you have in your mind is wrong? And what if that inaccurate portrait is actually destructive? …. The facts highlight how we fail to protect thoseÂ teenagersÂ who are most at-risk for sexual exploitation online.

If you poke around, you may learn that 1 in 7 children are sexually exploited online. This data comes from the very reputable Crimes Against Children Research Center, however, very few take the time to read the report carefully.Â Most children are sexually solicited by their classmates, peers, or young adults just a few years older than they are. And most of these sexual solicitations donâ€™t upset teens. Alarm bells should go off over the tiny percentage of youth who are upsettingly solicited by people who are much older than them. No victimization is acceptable, but we need to drill intoÂ understandingÂ who is at risk and why if we want to intervene.

The same phenomenal research group, led by David Finkelhor, went on to analyze the recorded cases of sexual victimization linked to the internet and identified a disturbing pattern.Â These encounters werenâ€™t random. Rather, those who were victimized were significantly more likely to be from abusive homes, grappling withÂ addictionÂ or mental health issues, and/or struggling with sexualÂ identity. Furthermore, the recorded incidents showed a more upsetting dynamic. By and large, these youth portrayed themselves as older online, sought out interactions with older men, talked aboutÂ sexÂ online with these men, met up knowing that sex was in the cards, and did so repeatedly because they believed that they were in love. These teenagers are being victimized, but the go-to solutions of empowering parents, educating youth about strangers, or verifying the age of adults wonâ€™t put a dent into the issue. These youth need professional help. We need to think about how to identify and support those at-risk, not build another an ad campaign

What makes our national obsession with sexual predation destructive is that it is used to justify systematically excluding young people from public life, both online and off. Stopping children from connecting to strangers is seen as critical for their own protection, even though learning to navigate strangers is a key part of growing up. Youth are discouraged from lingering in public parks or navigating malls without parental supervision. They donâ€™t learn how to respectfully and conscientiously navigate new people because they are taught toÂ fearÂ all who are unknown…..

Itâ€™s high time that we walk away from our nightmare scenarios and focus on addressing the serious injustices that exist. The world we live in isnâ€™t fair and many youth who are most at-risk do not have concerned parents looking out for them. Because we have stopped raising children as a community, adults are often too afraid to step on other parentsâ€™ toes. Yet, we need adults who are looking out for more than just their children. Furthermore, our children need us to talk candidly about sexual victimization without resorting to boogeymen.

While itâ€™s important to protect youth from dangers, a society based on fear-mongering is not healthy. Letâ€™s instead talk about how we can help teenagers be passionate, engaged, constructive members of society rather than how we can protect them from statistically anomalous dangers. Letâ€™s understand those teens who are truly at risk; these teens often have the least support. 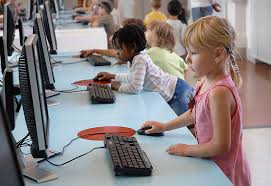 Hi, Â Susie! Meet me at Burger King and I’ll give you a stuffed animal! Don’t tell mom!!

77 Responses to Getting It All Wrong about Online Predators