“What if something bad happens to them? Even if the danger is one in a million, that doesn’t matter when it’s YOUR kid.” That’s often the response that greets parents who let their kids do anything on their own. It’s certainly the reason Danielle ahesekbday
and Alexander Meitiv are dealing with the authorities after letting their kids, 10 and 6, walk home from the park by themselves.  This comment to yesterday’s post about the Meitivs strikes me as a fantastic way to stump the worriers: Make them worry more about NOT letting their kids do anything on their own. It comes to us from Chicago Dad:

I don’t know about “statistics,” but how would you feel if something happened to you and your spouse, and your kids had no choice but to be more independent just to get by, and they weren’t ready for it?

What if the future is just a little bit harder than the present,  a college education doesn’t mean a job,  and it’s hard to earn a living, will your kids be prepared to figure out their own path?

It’s a different world out there, don’t you watch the news?  New technologies, less crime, a changing globe, but less common sense and less practical thinking with each passing day. Does constant surveillance and constant correction give your kids the tools to thrive in this new world? Or does it substitute their judgement with yours? Is your judgement really all that sound? 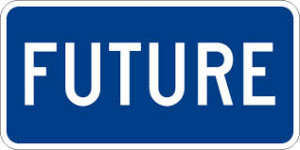 “There Are Creeps Waiting to Grab Children” Cop Tells Kid
Another Maryland Mom Arrested: She Let Daughter, 10, Wait in Car with Baby Sister for 10 Mins

30 Responses to Handy-Dandy Response to: “What if Something Bad Happens to Them?”