Hi keenfnhrzz
Readers — especially, today, moms! While you eat your burnt toast and funky eggs in bed (something, by the way, my kids never did for me), here’s news to brighten your day and life, from a Washington Post article: “Five Myths About Missing Children.” It’s by David Finkelhor, who was an extremely helpful and insightful source for me when I wrote my Free-Range Kids book. He’s director of the Crimes Against Children Research Center, where he looks at facts and trends, not myths and fears, abut kids’ safety. Here’s Myth #1- L.

The news, at the same time shocking and hopeful, about the discovery of three young women who went missing in Cleveland about a decade ago has riveted the country. The notion of a stranger grabbing a child off the street occupies a prominent place in popular fears. But the missing-children cases that rise to the level of news tend to distort perceptions of how often children go missing and why. It’s important to sort out the myth and reality about missing kids.

1. Most missing children have been abducted by strangers.

Stranger abductions, such as the case of the three young women in Cleveland, are fearsome because they appear random and so often involve rape or homicide. But children taken by strangers or slight acquaintances represent only one-hundredth of 1 percent of all missing children. The last comprehensive study estimated that the number was 115 in a year.

Far more common are children who have run away, have gotten lost or injured, have been taken by a family member (usually in a custody dispute) or simply aren’t where they’re expected to be because of a miscommunication. The only scenario more unusual than stereotypical kidnapping is when families falsely report a child as missing to disguise murderous deeds. ….

Read more here, to see stats on how children are safer than ever, including the fact that the Internet is NOT making kids more vulnerable to predators. 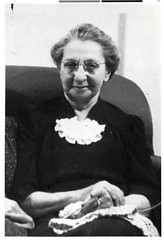 American Girl Dolls Are Helicoptered, Too!
“Nothing Bad Happened When Son with Autism…”

14 Responses to Happy Mothers Day News: Kidnappings Like Cleveland Less Likely than Ever