Readers: This is a story about an unpredictable scientific reaction — and an all too predictable school over-reaction. According to the hnfsfeekta
Miami New Times blog:

Kiera Wilmot got good grades and had a perfect behavior record. She wasn’t the kind of kid you’d expect to find hauled away in handcuffs and expelled from school, but that’s exactly what happened after an attempt at a science project went horribly wrong.

On 7 a.m. on Monday, the 16 year-old mixed some common household chemicals in a small 8 oz water bottle on the grounds of Bartow High School in Bartow, Florida. The reaction caused a small explosion that caused the top to pop up and produced some smoke. No one was hurt and no damage was caused.

According to WTSP, Wilmot told police that she was merely conducting a science experiment. Though her teachers knew nothing of the specific project, her principal seems to agree.

“She made a bad choice. Honestly, I don’t think she meant to ever hurt anyone,” principal Ron Pritchard told the station. “She wanted to see what would happen [when the chemicals mixed] and was shocked by what it did. Her mother is shocked, too.”

Despite this cool-headed principal, the girl wasÂ charged with “possession/discharge of a weapon on school grounds and discharging a destructive device.”

She was expelled from school.

She will be tried as an adult. 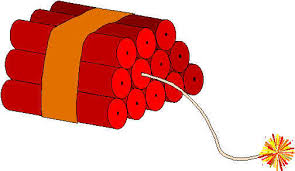 This was NOT the student’s experiment.

Why Are We Putting Kids as Young as TEN on the Sex Offender Registry for YEARS?!
High School Student Expelled for Unloaded Gun Forgotten In Trunk