Readers, naidyryrbh
this comes up often: terrified grandmas who were fearless moms (or at least feared less):

I was very much raised Free-Range.  From the time I was six or so, I left the house in the morning, returned for lunch, and then got called home after dark.  The only rule was don’t leave the block without telling someone.  My friends and I ran in a pack, organized our own games, settled our own rivalries, and learned important lessons like ‘poking sticks in the gutters is only fun until you bother a raccoon.’

I am incredibly grateful for my childhood.  I honestly grieve for children who are never allowed outside without supervision and aren’t even trusted in their own homes without an adult until they’re sixteen (if then).  But what I find most maddening is that my own mother, who raised me to be independent and dance in the rain, now firmly believes those parents have the right idea.

Why?  Because, “The world has changed.”

And when I show her the stats and explain how times are actually LESS dangerous than in the days when I was roaming the streets, she says, “Well, everyone has their own beliefs.”  I cannot convince her that the lower crime rate is an actual, verifiable FACT, not an opinion.  She tells me “anything could happen,” and when I remind her that nothing happened to her own children, she says, “It’s just not safe these days.”

That’s how insidious the media machine is.  Here we have a woman who once trusted in the world enough to let her children experience it…yet who now firmly believes in the face of all evidence that children are now being snatched off street corners every single day.  Data and facts do not sway her, because this isn’t about reality…it’s about perception, and ONLY perception.

My brother recently had his first child.  They came to visit, and his wife scolded him for turning his back on the baby in a restaurant for less than thirty seconds.  He had dropped a fork, and while his wife was in the restroom my brother got up to grab a waiter’s attention.  “Anyone could have taken him!” his wife said, and my mother agreed.

Dear Frustrated: It IS sad. And to live in such safe times and treat them like we’re living through the Plague Years is really ungrateful, too.  So, if any of you readers have managed to make your own parents shake off the fear, please tell us how you did it! 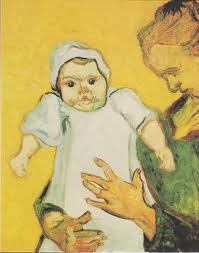