June 16, 2017
This fskatsafhh
comes to us from law professor and transportation activist Michael Lewyn, who recently published â€œThe Criminalization of Walkingâ€ in the University of Illinois Law Review. Â  It focuses on two ways the government punishes pedestrians: through jaywalking laws and by using child neglect laws to punish parents who let their kids walk. Here’s a relevant bit for us!

The Criminalization of Walking by Michael Lewyn

Anti-jaywalking statutes punish walkers for the simple act of crossing the street, by imposing fines and even imprisonment for anyone who crosses a street in midblock, or who crosses at an intersection without specific authorization from a traffic light.Â  These laws were first proposedÂ by auto-industry lobbyists in the 1920s ,Â who sought to deflect blame for pedestrian/automobile crashes by claimingÂ that these laws make pedestrians safer.
But this claim is questionable, for two reasons.Â  First, a pedestrian who crosses at a traffic light may be protected from head-on crashes, but has no protection against motorists turning left and right into the intersection. Â By contrast, someone who crosses in midblock need only worry about directly approaching traffic. Â Second, to the extent that anti-jaywalking laws discourage walking, they impair public safety by increasing auto-induced air pollution, and by making drivers less likely to expect pedestrians and thus less careful. Because places without anti-jaywalking laws (most notably the United Kingdom ) tend to have relatively low pedestrian death rates, I propose abolition of such laws.
Child neglect laws generally prohibit any parental act or omission that risks serious harm to a child.Â  Police officers and child-protection agencies sometimes interpret these laws to punish parents who allow their children to walk to school or other destinations, based on the assumption that any minor unaccompanied by parentsÂ is easy prey for predators of various types.
This assumption is flawed for a variety of reasons.Â  First, crime against children is quite rare; violent crime against children generally has decreased by 77 percent between 1994 and 2010, and kidnapping of children by strangers in particular is so rare that a parent would have to leave the child outside, unattended, for 500,000 years before such an abduction became likely.
Second, parents who drive their children to all destinations may actually impair the childâ€™s health, because the lack of exercise contributes to obesity and other ailments.Â One recent study of Toronto children showed that children who are allowed to travel on their own are 20 percent more physically active than other children, and thus are less likely to suffer from obesity and similar problems. Â AndÂ since more than 90% of child abuse is perpetrated by someone the child knows, it is family and friends, rather than strangers, who pose the bigger threat to kids, so getting them out of the house and into the community makes them safer, not less safe.Â
Third, parental chauffering harms the the health of the public as a whole, because more cars on the road mean more car crashes and more automobile-induced air pollution.
As a remedy, my article discusses two approaches: Â clarifying child neglect statutes to give slightlyÂ more guidance to police and prosecutors (by specifying a variety of factors to be considered in determining the likelihood of harm to a child), and a bright-line rule providing that local governments may not punish parents for allowing their children to travel on foot, bus or bicycle to schools or other destinations.

Amen! Pass the Free-Range Kids Bill of Rights! Let kids go outside again without their parents getting arrested! 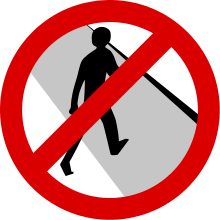 Predator with a Popsicle? Our Crazy Fear of The Ice Cream Man
Wind Blows Car Door Shut with Baby Inside. Mom Calls 911 for Help, is Ticketed for Child Abuse

51 Responses to How We Have Criminalized Walking