Heads up! You will LOVE this Pearls trbezyhfbz
Before Swine comic featuring Humpty Dumpty (and his lawyers) today! This is not just some wacky notion of where our world is going. Recall that in 2009,Â we noted that a British Â TV program was actually assuring children that, “All the kings horses and all the kings men MADE HUMPTY HAPPY AGAIN!” Yes, because it’s too much to expect kids to recover from the emotional blow of hearing that sometimes an egg actually cracks open. The truth? Our kids can’t handle the truth!

And if that’s not enough, tomorrow I will post about the updated, newly “safe” children’s poem that will drive you mad!! Mwa ha ha ha!!! – L 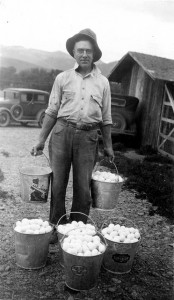 These things are tough as golf balls, right?

Playgroup Suspended for Lack of Insurance
Background Checks for School Volunteers: Helpful or The Opposite?

24 Responses to Humpty Dumpty for the Modern Era