This hanteeybbs
morning I was on Irish radio to talk about Maddie McCann, the 3-year-old stolen from her hotel room in Portugal seven years ago. The point I tried to make was actually one that a reader once put so eloquently here: “Can we stop acting as though the most unlikely thing is the most LIKELY thing?” To remind us of what’s LIKELY, here’s a happy little Free-Range story from AliciaÂ Noack, a writer and mom living in Austin. She blogs at aliciafinnnoack.com.

Dear Free-Range Kids:Â  All my friends who read that recent Atlantic article keep saying “I want to build a junk yard playground for my kids. Too bad we can’t.” So, here’s a quick “good news” thing that happened to us yesterday.

I let my 3 year old son use the bathroom alone at Target.

Fine, he’s almost four. But: Target, not in the best neighborhood (it is OUR neighborhood), at night. It took him forever and he forgot to wash his hands, so I had to send him back. Other men went in and used the facilities while he was in there. When he did finally come out, he complained that the hand dryer was too loud. And he had made up an awesome story about superheroes. Â I also left him alone in the toy department while I checked out clearance party supplies.

Â In case it’s not clear: everything turned out just fine and I’ll be doing the same thing again. He’s just 3, but he’s pretty resourceful and self-sufficient and he loves to do things all by himself.

Lenore here: Sometimes you just need a little message from the front lines that this whole Free-Range idea is not wild. It’s just rejecting the idea that obsessing about death is the only responsible way to parent. To reinforce that message, hereâ€™s another lovely blog post I just got from a mom whoâ€™s been Free-Ranging for six years:

When my kids were little Iâ€™m embarrassed to admit I was a helicopter Mom. I thought this I was being a â€˜good Momâ€™ because thatâ€™s what everything I heard told me I was supposed to do. I was SUPPOSED to always be there and hover over my kids to protect them. After coming across Lenoreâ€™s blog when my kids were about age 6 and 8 I changed my parenting styleâ€¦and let me tell you it FREAKED ME OUT!

Read the rest of this heartening piece, by Misty, here. I love to hear these stories! – LÂ 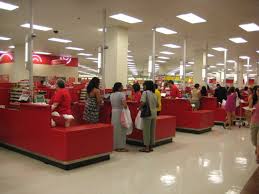 Is a kid safe on his own for a few minutes at Target?

“DWM” — Driving While Male. Let’s Start Using This New Phrase.
“If You See Something, Say Something” — Terrible Advice?