Here’s a piece of mine ran on the newish site Heat fybesdrrsz
Street. I wanted to share it with you too — with an update:

Whenever I suggest that it should be up to the parents to decide if it makes sense to take a child out of the car while they run a brief errand, someone smugly reminds me of this or that tragic story of a child who died in a car.

Almost always (I’d say always, but there may be an outlier), it is the story of a child forgotten there for hours, not simply waiting while mom gets the milk or dry cleaning. But people feel that this extremely rare death nonetheless illustrates the dangers of something that is 99.99% safe*.

So here is this unspeakably sad story of a boy killed while crossing the parking lot with his mom and sister. Â Ah, I can’t even imagine the sorrow. I hate writing about it.

I do so only to remind us all that there is no such thing as perfect safety. And since there isn’t, parents should be allowed to decide FOR THEMSELVES which very-safe-but-not-perfectly-safe errand-running option they wish to choose.

SAN JOSE — A 6-year-old boy who was holding his mother’s hand was hit and killed by a car Thursday night in the Oakridge Mall parking lot in South San Jose….

He and his mother were walking at 9:34 p.m. when they were hit by a gray 2015 Mercedes traveling at a “low speed,” according to police….

In my piece, I note that California’s “Kaitlyn’s Law” prohibits kids age 6 and under from ever waiting in a car, if they are in “significant risk.” But what constitutes “significant risk”? TheÂ here’s how the law was explained by California Highway Patrol when it was unveiled:

â€œOn a typical sunny day, the temperature inside a vehicle can reach a potentially deadly level within minutes,â€ said CHP Commissioner Joe Farrow.Â Â â€œThere is no excuse for leaving a child alone in a vehicle, not even for a few minutes.â€

So people get the message that no matter how short the errand, a child is atÂ “significant risk” if left alone “even for a few minutes.”
Â .
You can read the rest of my analysis of these odds on Heat Street. But here’s my sad addendum: TwoÂ more incidents of children killed in parking lots in July alone:
.
July 2: Boy killed by a pickup truck in parking lot.
Â .
July 7: A boy killed in Walmart parking lot.
Â .
If I wished to fan the flames of hysteria, I’d say that no children are ever safe in parking lots, not even for a few minutes! It’s a significant risk!
Â .
But fan I won’t, because hysteria is bad. It convinces — and sometimes even legally forces — parents to make irrational decisions.
Â .
Agreed: Don’t leave your child in a hot car with the windows up without A.C. on a sunny day. And don’t arrest moms who leave their kids in the car for a short errand when the kids are not in danger of hyperthermia. – L 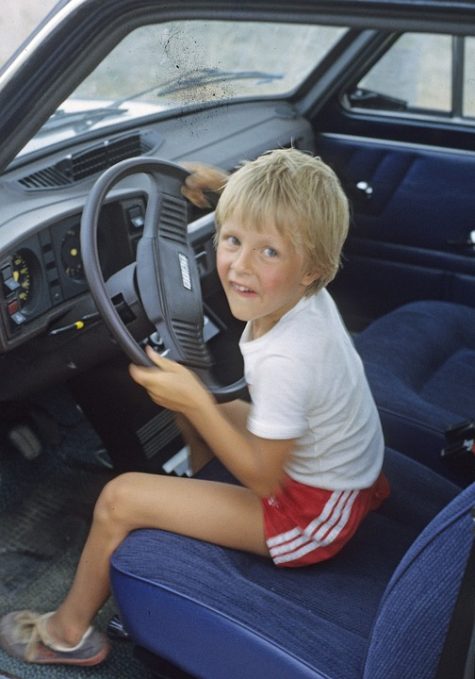 I wish we could always keep our children safe. But laws micromanaging parents don’t do that.

.
*About 30-40 kids out of 20,000,000 American children age 5 and under die each year in cars, and 80% were forgotten there or got in unbeknownst to the parents and couldn’t get out. That leaves 10 or fewer kids who die in parked cars in unspecified circumstances.