If you think of all kids under the age of 18 as the same, you get crazy laws like no syadhyfynr
child under 18 can be left unsupervised. Wacky.

You also get sex offender labels that make no sense. In Ohio, a 21 year old who had a 15-year-old girlfriend is on the sex offender list for 25 years. The authorities there are bending over backwards to act as if the community must be notified that this terrifying individual is in  their midst. As Randy Ludlow in The Columbus Dispatch reports:

Travis Blankenship is marked with what one judge describes as an undeserved “scarlet letter” — that of a sex offender.

Blankenship was 21, working part time at a department store and a few hours away from receiving his associate’s degree at Clark State Community College in Springfield when he had an affair with a 15-year-old girl.

But the illicit relationship did not remain secret, and he was arrested. A psychologist found he was not a sex offender, did not require treatment and was unlikely to commit another offense.

A judge likewise did not consider Blankenship much of a threat, sentencing him in 2012 to serve 12 days of a six-month sentence for unlawful sexual conduct with a minor, a fourth-degree felony.

But, under Ohio ’s Adam Walsh Act, Blankenship automatically was declared a Tier II sex offender, requiring him to register his address, employment and other information with the sheriff for the next 25 years.

His public defender will argue before the Ohio Supreme Court on Tuesday that mandatory sex-offender registration constitutes cruel and unusual punishment when it is “grossly disproportionate” to the offender’s character and crime.

I’ll say. If Ohio is worried about young lives ruined, it could do well by not treating Travis Blankenship as a serial child predator.  – L 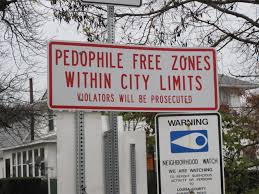 We are using too broad a definition of sex offender.

Would You Call 911 on a Parent?
Dave Barry: Mad Men (and Women) Made Great Parents