Many, many of you have sent me this interesting piece: Thoughts ytzkneryzh
on Vegas and Why Men Keep Doing This, by Charles Hoehn, author of Play It Away. (Free book here!) It ran on the blog Be Yourself. In trying to parse why Stephen Paddock and a few other men have unleashed massacres (something, thankfully, most men do NOT “keep doing”), Hoehn rolled around some ideas, including that the lack of play can lead to deep depression and pathology.

I, too, believe the drive to play is installed at birth by Mother Nature, for a reason: To teach us, in a way so fun it makes us ignore how hard it is, all the lessons that will serve us the rest of our lives. Lessons in empathy, communication, creativity, team-work, problem-solving, risk-taking, patience, focus, self-control, generosity — you name it. In play, you have to learn to get along with each other well enough to keep the game going. That is huge. Play connects us to people. Taking play out of kids’ lives, especially to give them more structured, supervised time,  is something I caution against.

BUT there are 320,000,000 people in America. And all but one did not unleash a massacre in Vegas. What’s more, the man was 64, so he grew up in the golden era when kids WERE allowed to play outside till the streetlights came on.

So yes to more connecting. Yes to less loneliness. And yes to Hoehn’s plea for more play. There are so any reasons to get back to playing. The fear of turning our kids into mass murderers is not on my list.

Thoughts on Vegas, and Why Men Keep Doing This

[Reason] 2- Men in the United States are deprived of play opportunities.

How could this guy talk about play after a shooting?! Play is for kids!

Homo sapiens play more than any other species. It’s impossible to prevent a human from playing. We play shortly after we are born, and the healthiest (and least stressed) humans tend to play for their entire lives.

Play may be God’s greatest gift to mankind. It’s how we form friendships, and learn skills, and master difficult things that help us survive. Play is a release valve for stress, and an outlet for creativity. Play brings us music, comedy, dance, and everything we value.

Above all, play is how we bond with each other — it’s how we communicate “I am safe to be around, I am not a threat.” Play is how we form connections with other humans.

The irony is that loneliness would not be a problem if we all got ample time to play. Not only would we have deeper friendships, we’d also have better relationships with ourselves. Play allows us to enjoy our own company.

There is a strong correlation with play deprivation and mental illness.

When you deprive mammals of play, it leads to chronic depression. When you deprive a human child of play, their mental and emotional health deteriorate. Play suppression has enormous health consequences.

“But the Vegas shooter loved to gamble! He went on cruises!”

That’s not the type of play I’m talking about.

To better understand this dynamic, we need to look at the background of another mass shooter.

In 1966, Charles Whitman shot his wife and mother. Then, he climbed up the tower at the University of Texas in Austin, and shot 46 people. In total, he murdered 16 people. At the time, this was the biggest mass shooting of its kind in United States history.

Dr. Stuart Brown and his team of researchers were commissioned to find out what “The Texas Sniper” had in common with other mass murderers.

They gained a key insight when they examined their childhoods.

“None of them engaged in healthy rough-and-tumble play. The linkages that lead to Charles Whitman producing this crime was an unbelievable suppression of play behavior throughout his life by a very overbearing, very disturbed father.

Healthy and joyful play must be had in order to thrive. Boys need to wrestle with their dads, and they need to roughhouse with other boys. Parents and teachers need to play with their kids.

But more importantly, they need to encourage those kids to go out and play. And then, let them be.

Ever since that famous ad aired, parents have shamed each other into watching their kids like a hawk.

If you let your kid walk up the street alone, you’ll either get a call from another parent, or the cops will pick them up. Our kids are stripped of their right to experience life on their own terms.

In an effort to improve our kids’ test scores and beef up their future resumes, we’ve stripped away nearly all of their free play opportunities. Recess has been sacrificed in the name of Scantrons, and pills are prescribed to the kids whose bodies and minds cry out for play.

The result: A generation of the most anxious, depressed, and suicidal American children on record.

This is in alignment with Dr. Peter Gray’s research, who studied the epidemic of mental illness and the decline in play:

“Over the past half century, in the United States and other developed nations, children’s free play with other children has declined sharply. Over the same period, anxiety, depression, suicide, feelings of helplessness, and narcissism have increased sharply in children, adolescents, and young adults… The decline in play has contributed to the rise in the psychopathology of young people.

This is why I believe mental illness may be the biggest health crisis of our lifetimes. Because those kids will grow up into isolated adults who don’t know how to play, or seek out their friends when they are lonely. They have no emotional support.

In the most memorable chapter of So You’ve Been Publicly Shamed, the author describes the research of James Gilligan, a young psychiatrist at Harvard Medical School in the 1970s.

Gilligan was invited to make sense of the Massachusetts’s prisons and mental hospitals, where he interviewed murderous inmates. He included in his notebook this heartbreaking observation:

“They would all say that they themselves had died before they started killing other people… They felt dead inside. They had no capacity for feelings. No emotional feelings. Or even physical feelings.

Universal among the violent criminals was the fact that they were keeping a secret. A central secret. And that secret was that they felt ashamed— deeply ashamed, chronically ashamed, acutely ashamed.

I have yet to see a serious act of violence that was not provoked by the experience of feeling shamed or humiliated, disrespected and ridiculed.”

ALL OF US will face difficult times in our lives where we will experience shame, humiliation, disrespect, and ridicule.

Do you know what gets us through those hard times?

Friendship: The love and support you get, from the people you play with.

Amen to the powerful effects of love, support and friendship. – L. 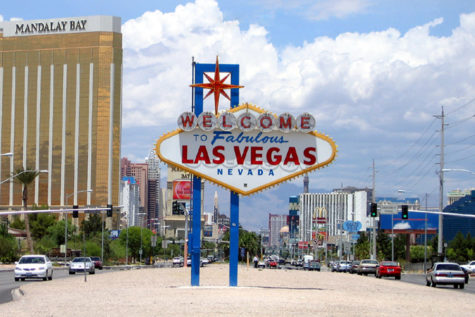 26 Responses to Is There a Link Between a Lack of Play and Mass Shootings?