The title of this Time piece, “Parenting sezsiatyek
is Now Officially Impossible,” made me sit up. It’s so true! Â Anything we do as parents can and may be used against us. It’s like living in a totalitarian state — we are not free to raise our kids as we see fit because we are being watched and judged. We make choices based on fear of busybodies and the authorities they can summon by punching three digits into their phone.

This surveillance society has become so normalized that yesterday I was listening to a June 9 episode of Marc Maron’s WTFpodcast a reader alerted me to, where Marc and guest Daniel Clowes are chatting about their slacker ’70s parents. (It’s about 50 minutes in, if you want to hear it.) As they marvel at the freedom they had as kids, and some bad experiences, they agree that this kind of parenting was totally wrong. Unironically they concur, “You don’t let your kid get on the bus at 11 [years old]. Never! I would turn MYSELF into the police.”

Isn’t that phrasing remarkable? Â The idea, “Disapprove of a parent? Call 911,” has become so unquestioned, so automatic, that citizens don’t even realize they have been seduced into the role of Stasi.

So in her essay, Time contributorÂ Darlena Cunha writes:

Itâ€™s impossible to be a parent in 2016. Living under a viral microscope of social media has all but extinguished any hope parents ever had.

With every move documented in real-time on social media, parents have lost control of the very personal narrative of their real lives. What has for years been a cute story at my family barbecue about the time my mom lost me as a toddler at Disney World would today be a hotly contested debate amid strangers online. These strangers feel they not only have the right to comment and judge all involved, but also to take action, in the form of harassment, badgering, petitions or even phone calls to authorities. There is no such thing as an honest mistake for parents anymore.

Mistakes are treated as crimes because of the fundamental falsehood we’ve swallowed: That kids are extremely fragile and vulnerable. So any moment they are not under our direct surveillance, they are in danger. And what kind of parent puts their kid in danger? Only a monster we must shame and possibly prosecute.

When a child gets lost or hurt, it seems we have forgotten the anguish and intense anxiety the parents go through. Itâ€™s as if parents are two-dimensional paper cutouts, either good or bad. Emotional strife has no room on the Internet when blame can be invoked. And that blame can act as a balm, spreading over the masses in a comforting swatch of â€œthis would never happen to me.â€

CunhaÂ blames social media, but it’s not just that. It’s a web of cops, judges and CPS employees who believe the same big lie the 911-callers do, that parents who are not supervising their kids’ every moment, either by choice or by accident, have put their kids in peril. Â The authorities are ready to jump in not just because they disapprove, but because they truly believe kids can’t survive on their own, even for an hour at the park, or a walk to school.

And so it IS impossible to be a parent…until we insist upon being laws and punishments being grounded in reality instead of hysteria. The reality is that, even unsupervised, our kids are pretty safe. Not perfectly safe — but perfect safety is an illusion. A kid waiting in a car is not perfectly safe, but neither is a kid taken out of the car. A kid playing outside isn’t perfectly safe, but he’s safer, crime wise, than kids were in the ’70s or ’80s.

Absent indisputable and serious abuse or neglect, we must give parents back the right to raise their kids as they see best. This is such a fundamental right, that it is sickening we have to demand it.

We may not be able to stop the Internet shaming. But we must make sure Â it stays on Facebook and does not turn normal, loving parents — the type who might even let their 11-year-olds ride the bus — into criminals. – L 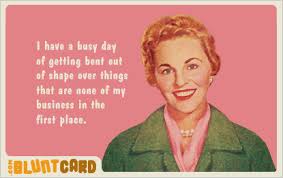 “Am I Cute?” Asks Kid Annoyed that Her Parents Are Cleaning Up Instead of Playing with Her
Can My Ex-Wife Prevent Me From Letting Our 9-year-old Walk to School?

40 Responses to It’s Impossible to be a Parent in Our Hyper-Critical, Hyper-Vigilant, Picky, Panicked Culture