March 15, 2016
.
How kthazkyykn
does change happen? How do we give kids — and ourselves — the freedom we all deserve? Freedom to be part of the world? Â Sometimes all it takes is simply standing our ground and demanding our rights. Here’s what one mom did. – L

Dear Free-Range Kids: I LOVE what you are doing and wanted to share an experience with you. I recently transferred my 8-year-old,Â 3rd grade son to a new, small charter school in San Diego. After school, my son goes to the Boys and Girls Club. When I transferred him, I thought it would be no big deal to get him on the bus from the new school over to the club. But that’s when I ran into a snag.
Â .
The bus was completely full. So I thought: It’s not that far, we can work together on a safe route and make sure he feels safe to take it on his own after school. We discussed it and he liked the idea. He learned the route.
Â .
As it is a new school, I wanted to let them know that he would soon be leaving by scooter to get himself to the Club. Â They said that children cannot leave campus until the teacher actually sees the authorized adult who is supposed to pick them up. I pushed a little harder and asked why and when would he be able to leave without an adult present. They had never dealt with that question and asked their higher-ups and came back to me saying nobody felt safe with him leaving on his own to go to the boys and girls club. And it wouldn’t be until about middle school that it would be appropriate.
.
Well, I was shocked! But I kinda understand with the school being so small and parents being so involved. They did say they cannot legally tell me he cannot leave, but they wanted me to put something in writing. So this is my letter to them. Would there be anything else that you would add?Â AndÂ I am happy to share this with others if it can help anyone else out! —
Charlene

To whom it may concern,

Â
I would like to authorize my child, _________, Â to leave school independently, without an adult present, at my discretion. I will work out arrangements with my child for leaving school on a daily basis. He has my written permission to leave school by the following means: my picking him up in my car, riding in a car with a friend, walking, riding his bike, riding his skateboard, riding his scooter or by bus/shuttle/van. Pursuant to Section 8542 of the “Every Student Succeeds Act,” entitled “Rule of Construction Regarding Travel to and From School” it is my right as a parent to give my child permission as to how he is allowed to travel to and from school.
Â
Thank you for your understanding in this matter. Please let me know if you have any further questions or concerns. I would like to give my child this permission starting today: Monday, March 14, 2016 and throughout his time at your school.
Â
Kind regards,
Â
Charlene
. 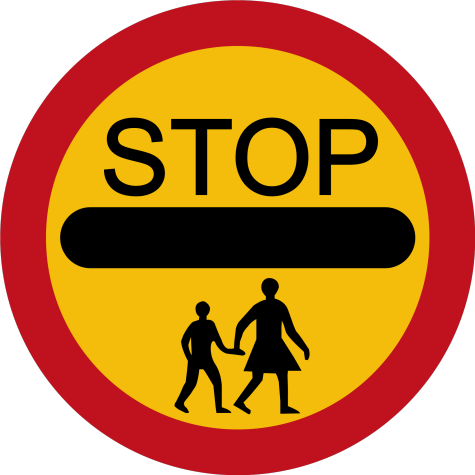 Stop! You must be entering puberty to cross this street without your mom!Â

From Consensual Teen Sex to Solitary Confinement. Plus: An Explanation of the “Peter-Meter”
This Does Not “Appear” to be an Abduction Attempt, Say the Cops (About Singing Incident)