The Family Â Defense Center in Chicago defends families being torn apart by pointless yet devastating Child Protective Services investigations. Families like Natasha’s. Remember her nsiskkkiht
story? Natasha let her kids, 11, 9 and 5, play in the park literally across the street from her home, where she could peer out at them every 10 minutes. But a pre-school teacher saw the kids unsupervised, worried, and called the cops. Natasha was found guilty of neglect by virtue of the fact her oldest boy has Attention Deficit Disorder and was therefore not considered responsible enough to watch his younger brothers.

2 – Anyone with Attention Deficit is so compromised as to be useless.

3 – The situation was so dangerous, only concerted supervision was enough to keep the kids safe.

4 – A half hour is too long for any kids to be on their own.

5 – A mother’s decision about her children’s safety can be legally trumped by a passerby, as well as by the system designed to “protect” children from harm….but not the harm caused to a mom who then finds herself on the “Child Abuse and Neglect Registry” and unable to find a job.

This is the kind of case that pushed the Defense Center to take a step back and study the basic issues of who gets to report on parents, and what criteria are used to determine negligence. And, long story short, the Center found that it is too easy for any onlooker to cry “BAD PARENT!” and there is too much ambiguity as to what constitutes “endangering” kids. In other words:

The range of cases that may come to the attention of child welfare authorities is so broad that child abuse reporters, parents, and their advocates, as well as judges and policy makers are unable to clearly and consistently use existing law and policy to distinguish reasonable parenting from child neglect. The child welfare systemâ€™s ambiguous standards are challenging for everyone, including the most conscientious parent who is left incapable of determining where his or her conduct falls on the spectrum of acceptable parenting.

This is what we are up against as Free-Range Parents: We think our kids can have some unsupervised time…but what will the authorities think?

The Center’s suggestions are simple: We need bright line guidelines as to what constitutes neglect, so everyone knows what the rules are. And we need to be less trigger happy when creating those guidelines. Lawmakers need to remember that kids do not need perfect parenting — whatever that is — to be just fine. As the Center’s report concludes, after listing many cases as egregious as Natasha’s:

The number of mistaken and harmful investigations would be reduced dramatically by: creating a clear presumption in favor of reasonable parents; demanding proof of a blatant disregard of parental duties of care; simplifying the applicable guidelines; training investigators; and making sure that DCFS investigators, supervisors, and Administrative Law Judges are aware of and properly applying the rules.

Amen to all this, especially assuming that most parents are trying to do their best. And they probably care a lot more about their kids than passersby dialing 911.

By the way, you can donate to the Family Defense Center here. – L 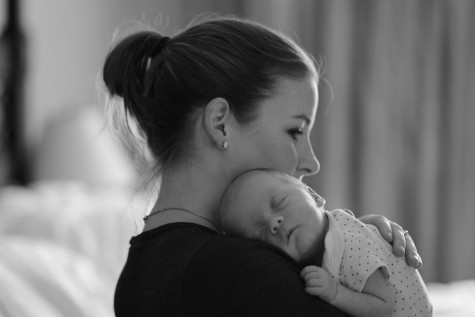 The Family Defense Center report says: Let’s give parents the benefit of the doubt before crying “negligence!

“The Dangers of Social Media: Child Predator Social Experiment” — I.e., Boogeyman Out To Get Your Kids!
Sancti-mob Descends on a Dog Owner Who Dared Leave Her Pet in the Car for 3 Minutes

26 Responses to It’s Too Easy to Charge Normal Parents as “Negligent,” Says Study