The remains of Jacob Wetterling have been found in Minnesota. Jacob was abducted in 1989 at age 11 in a case that scared, scarred and deeply saddened people around the globe. As his mother Patty texted to the Minneapolis Star Tribune on Saturday: “Our hearts are broken. We have no words.”

The htayinrrye
Star-Tribune explained that:

Jacob was snatched off his bike, half a mile from his home, by a masked man with a gun on a dark October night. Danny Heinrich, a suspect first questioned shortly after Jacobâ€™s disappearance and now in federal custody on child pornography charges, gave investigators the information that led to the boyâ€™s hidden grave.

The paper added that the authorities did not give much more information about why Heinrich, who has been in federal custody almost a year, seemingly suddenly decided to confess the whereabouts of the body.

Maybe we will learn more, maybe not. What hurts most is that whatever ray of hope the parents might have held onto is gone. It is painful to even imagine that light going dark.

It is painful in a more intellectual sense to contemplate the effect that Jacob’s unspeakable fate had on American families. Not only did it grip us with dread, but that dread — and anger — directly paved the way to sex offender registry. As Jennifer Bleyer explained in this extraordinary article in City Pages about Jacob’s mother, Patty, in 2013:

[T]he Jacob Wetterling Crimes Against Children and Sexually Violent Offender Registration Act…was part of a landmark violent crime bill in 1994 that required law enforcement in every state to maintain registries of convicted sex offenders and track where they lived after being released from prison.

Virtually all the major laws regardingÂ sex offendersÂ have been passed in the wake of grisly, high profile crimes against kids and, like Meganâ€™s Law, they bear victimsâ€™ names as somber memorials. The laws tend to fuel the impression that sex offenders are a uniform class of creepy strangers lurking in the shadows who are bound to attack children over and over again.

Thatâ€™s what Patty Wetterling used to believe about sex offenders, too. Yet over the course of two decades immersed in the issue, she found her assumptions slowly chipped away.Â  Contrary to the widely held fear of predator strangers, she learned that abductions like Jacobâ€™s are extremely rare, and that 90 percent of sexual offenses against children are committed by family members or acquaintances. While sex offenders are stereotyped as incurable serial abusers, a 2002 Bureau of Justice study found that they in fact have distinctly low recidivism rate of just 5.3 percent for other sex crimes within three years of being released from prison.

Though the term â€œsex offenderâ€ itself seems to reflexively imply child rapist, a broadening number of so-called victimless crimes are forcing people onto the rolls.

On this sad night, I won’t get into all the reasons the public sex offender registry hasn’t made us safer and yet has ruined countless lives in the process. You can read the Bleyer piece to see how Patty Wetterling herself has come to question this legacy of her son’s disappearance. And she’s not alone.Â Just a few days ago theÂ U.S. Court of Appeals for the 6th CircuitÂ in Michigan declared that many of the registry’s ever-increasing requirements are unconstitutional.Â It is terrible how bad crimes make bad law.

But the real point tonight is that one young man did not get to live out his days. His family has lived without him for 27 years, and they have just learned they must live without him forever.

We pass laws because we wish there was a way to ease this sadness. It’s an impulse we can all understand, even if we regret the laws that it inspired. – L. 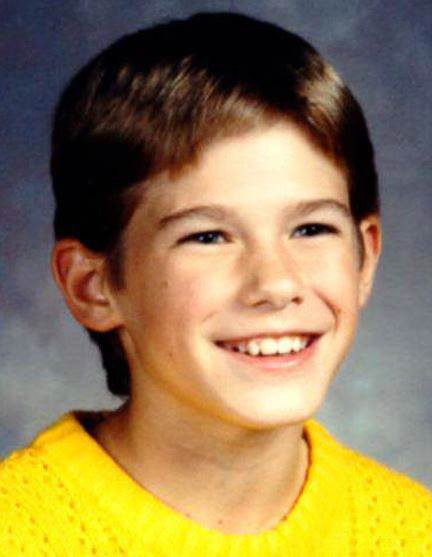