Southwestern ydksernkir
Law School Professor Catherine L.Carpenter puts it bluntly in her new research paper, Throwaway Children: The Tragic Consequences of a False Narrative. “Truth be told,” she writes, “we are afraid for our children and we are afraid of our children.”

Being afraid forÂ our kids has lead us to create ever harsher sex offender registration laws. We want to protect our kids from creeps.

But this protection plan of ours has backfired. And now, Carpenter writes, whenever we arrest a minor for a sex crime, our fear “of our children ensnares and punishes them under the very same laws that were designed to protect them.” In other words: We treat minors like monsters, because we vastly overestimate the chances of them committing another sex crime. This fear, “is premised on a false narrative that includes flawed studies on recidivism rates and misguided case decisions that embraced these findings.”

Yes, flawed. Recidivism rates — the rates at which juvenile sex offenders re-offend — are so low as to be indistinguishable from the rate that non-offenders offend. But that’s not what the public believes. Â Instead, it believes that juvenile sex “criminals” (including a slew of teens who had consensual sex) can never stop pouncing:

The utility of an overly-simplified registration scheme comes with a hefty price tag: the acknowledgement that mandatory lifetime registration captures and shatters the lives of many non-dangerous children. It is a price tag we should no longer be willing to bear.Â

How bad does it get for kids found guilty of a sex crime?

…fear of our children has prompted legislation that requires children as young as nine years old to register on adult sex offender registries.Â  No matter whether the childâ€™s sexual transgression is voluntary or coerced â€“ and here the mandatory reach of the regime is underscored â€“ many children face lifetime registration. In some jurisdictions, the offense is deemed the equivalent of a comparableÂ adult offense under controlling federal or state law…. And in jurisdictions like California, the child is required to register for life because the state has moved to a system that subjects all sex offenders â€“ whether adult or child â€“ to lifetime monitoring….

Sadly, the publicâ€™s hunger to punish child sex offenders has not been diminished by reality. Registration and notification for life continue despite significant and compelling research that these laws are not effective deterrents, [and] that children who commitÂ sexual crimes pose little danger of recidivism, [and] that children have the capacity for rehabilitation….

Their lives are effectively ruined before they have begun.

Throwing away children must end. As you know, Free-Range Kids flies under the banner, “Our kids are NOT in constant danger.” The sex laws are written in the opposite belief: That our kids ARE in constant danger, so we are justified in locking up almost anyone we please.

Except that some of the people we’re locking up turn out to be our own children.

Carpenter’s piece is clear and gripping. Imagine a 9-year-old branded a sex offender for life.Â 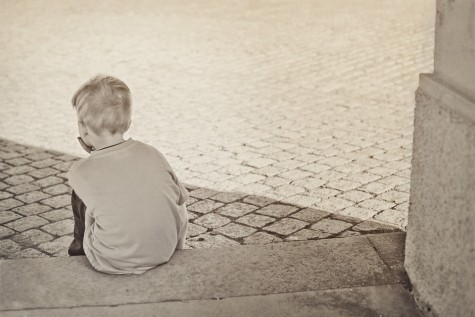 “Let Them Go!” — The Meitiv Family Anthem
5 Pictures of Your Kids You Should NEVER Post on Facebook? One Mom Shrugs