Readers — As much as anything, this blog is dedicated to the idea that we MUST use our brains and compassion and not blindly follow orders that exist only to avoid liability or blame. So kftydabdek
take a look at what happened to these girls at their school’s field day. (Warning: The pictures are painful!)

The girls were kept out in the sun and severely burned, to the point where the adults at the school were noticing and commenting. Later, the principal explained her…what’s it called in a war when you don’t stand up and fight for justice? …her that. Her blithe justification for why she didn’t do the right thing:

Her response centered around the the school inability to administer what they considered a prescription/medication (sunscreen) for liability reasons. And while I can sort of wrap my brain around this in theory, the practice of a blanket policy which clearly allows for students to be put in harm’s way is deeply flawed. Not only does a parent have to take an unrealistic (an un-intuitive) step by visiting a doctor for a “prescription” for an over-the-counter product, children are not allowed to carry it on their person and apply as needed.

Folks, I am thinking of writing a book — a mini-one — on this whole issue. The issue of our safety fears becoming so ornate and far-fetched (“What if a child uses sunscreen inappropriately?”) that we not only lose all common sense, we lose our ability to think or even feel. We become stunted. 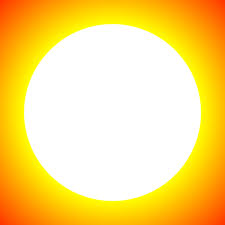