Hi frsebbdddf
Folks! This oped of mine recently appeared in the Wall Street Journal. Afterwards, I heard from guess who? Hint: She’s Chief Operating Officer of a very popular social network — and a Free-Range Kids fan! Here’s to spreading the “Kids are not in constant danger” message…perhaps via social media? – L

LEAN IN AND THE ERA OF THE INCONVENIENCED MOM

How can you devote yourself to a career when you’re busy being a helicopter parent? by Lenore Skenazy

‘Lean In,” says Sheryl Sandberg in her new book by that name. As chief operating officer of Facebook, she is encouraging working women not to “push back” from their careers. Too often, she says, women fear that if they climb too high at the office, they won’t have enough time for their children. Ms. Sandberg once counseled a woman who was worrying about the work/baby balance—before the woman even had a boyfriend.

Why does the worry loom so large? Blame the modern-day, mom-guilting belief that being a good mother means devoting every waking moment (give or take 30 minutes for yoga or Pinterest) to child-rearing.

Thanks to that delusion, college-educated mothers are spending more time with their kids than ever: an extra nine hours a week since 1995, according to a University of California at San Diego study. That’s the equivalent of an entire extra workday women spend as their children’s soccer-watchers, snack-selecters, flashcard-flashers, all-seven-volumes-of-Harry-Potter readers, college-essay editors and Candyland rivals (not necessarily in that order).

But in truth, both generations benefit when parents do a little more leaning out of their children’s lives. Intensive parenting is coming under increasing scrutiny, and the results are so bad, pretty soon high-school seniors are going to be writing their Common Application essays about the hardships they endured as helicoptered kids.

Helicopter-parented children tend to be sadder, fatter and less resilient than kids given more independence. A 2011 North Carolina State University study found that children play less actively when their (loving, worried) parents hover over them, even as another study, at the University of Missouri published this winter, found that the more time spent by mothers directing their children’s play—do this! try that!—the more “negative emotion” is displayed by the little ingrates.

By the time these cosseted kids reach college, they’re ready to give up—or so concludes another study, this one by Holly Schiffrin at the University of Mary Washington in Virginia: “Students who reported having over-controlling parents reported significantly higher levels of depression and less satisfaction with life.”

That’s not exactly the outcome that the Sikorsky parents had in mind. So what’s keeping moms so kid-centric?

The cult of inconvenience.

It starts even before birth. Pregnant women are encouraged to “establish an auditory bond” with their children by reading to them in the womb. That’s actually the advice of “Dr. Oz” in “You: Having a Baby.” (Sequel: “You: Having a Breakdown.”) Why does a mom have to read to an unborn child who’s already stuck hearing every word she says, including, “I’d like #7 with brown rice and soup”? Because it is clearly an inconvenience. Mom earns a chit.

Likewise, once the baby is out, mothers are encouraged never to let go. This explains things like a new child carrier on the market called the Freeloader. The contraption lets you carry a child up to 80 pounds on your back. Yes, 80 pounds—the weight of an 8- or 9-year-old. (Also the weight of a dishwasher.) According to its website, the Freeloader is a “safe, comfortable and portable child carrier that will meet the needs of both you and your children for years to come.” Years? Does it come with a cane?

Extreme mother-inconvenience is now presented as the norm. A recent piece on playdate etiquette in Parenting magazine addressed this pressing question: If two friends are old enough to stay home by themselves, is it all right for the hosting mom to leave them while she runs a quick errand?

Of course not, said the magazine: She has to remain close by to “make sure that no one’s feelings get too hurt if there’s a squabble.” No incident is so small that it doesn’t demand a mother’s attention. And afternoon.

Society is leaning on mothers to go the extra yard, spend those extra hours, and even read that extra book to a fetus that doesn’t know the difference between “The Three Little Pigs” and moo shu pork. For the sake of our careers as well as for our kids, maybe it’s time for us moms to push back.

Ms. Skenazy, author of the book and blog “Free-Range Kids,” is the television host of “World’s Worst Mom” on Discovery/TLC International. 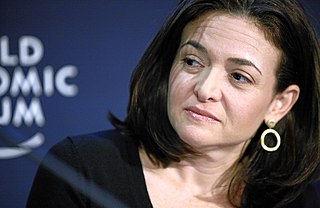 Just Like Driver’s Ed, Except for Younger Kids & Bikes
Who Saw the “School Shooting” Episode of Glee?

157 Responses to “Lean In” vs.The Cult of Inconvenience