It’s spring. Time to let the kids have some of the freedom we all enjoyed. Study ahdbfbzzhk
after studyÂ showsÂ that kids NEED free time and independence for the sake of their bodies, minds, spirit. Here’s how one mom — and her child — took the leap:

I live in Park Slope, a largely residential but very urban neighborhood in Brooklyn.Â  I have a 6-year-old daughter, and my husband and I have been disagreeing about when to let her out and about by herself.Â  She takes the bus to school, but we haven’t come to any agreement about when she can be trusted to walk the one block up and across (with three street crossings) to the bus stop: I say second grade, he says not until she’s 12.Â  But she is well practiced in handling her own commercial transactions (going into the pizza joint alone with money and coming out with a slice and change, etc. — but only when mom is waiting just outside).

My husband usually takes our daughter out after dinner to the ice cream shop around the corner (requiring the crossing of one busy city street). But since he was away at a volunteer meeting last night when she wanted her after-dinner treat, I took the liberty of giving her a quick update on street-crossing rules, and a five-dollar bill, and I sent her on her way.

I was standing in our front yard, so I could watch her cross to the ice cream shop and back, although honestly, I wouldn’t have been close enough to solve any problems she might encounter.

All was uneventful.Â  But what really warmed my CPS-fearing heart was that there were at least three people outside near my door who observed us and figured out what was happening.

The thing is:Â  we live on a bus stop, so there are ALWAYS people standing around our door.Â  As I gave my daughter her final instructions about crossing — don’t just wait for the green light, but also for cars to actually stop moving — several bus-waiters were obviously hearing what transpired.Â  I trust my child, I trust my ability to teach my child how to navigate through the world, and I trust my own ability to judge when my child is ready for certain responsibilities. What I don’t trust is my fellow humans’ ability to refrain from calling the cops when I Take My Child to the Park And Leave Her There.

Tonight changed all that.

I watched the crosswalk from my yard and waited for my child (my ONLYÂ  child, did I mention that?) to reappear, all the while timing the trip in my head. At what point would it change from “long line for ice cream because it’s finally spring-ish” to “long delay because the crazy guy in the windowless van snatched my child by asking her to help him find his missing puppy”?Â  But even more importantly, I watched the man to my left, leaning against the office building, and the woman to my right, standing expectantly by the bus stop sign, as THEY watched the crosswalk with the same concerns.

When my daughter reappeared, we ALL smiled and cheered.Â  When she got back home with her vanilla soft-serve cone (and her change!) we ALL celebrated.Â  I was so neurotic and paranoid that I still felt compelled to turn to them both and explain: “It’s her first time going alone, I’ve been teaching her a little at a time…” And they both reassured me that they understood and supported what I was doing.

Anyway, it’s a long story but just my way of saying I feel like the tide is really turning and the general public has figured out that parents are better at raising children than helicopters are.Â  In any event, I feel better about my future independence lessons after today.Â  And I feel better about Park Slope!

Just thought I should share, because you make me feel like I’m not crazy (or not the ONLY crazy)!

P.S. Â I asked my daughter Marjorie what she would say to you about today’s trip, and she said:Â  “Tell her, ‘Marjorie says to say hello to you.Â  She thought she might never come back, because she was scared.Â  Marjorie learned that you should be brave, even when you’re doing something that makes you scared.'”

Don’t feel bad that she was afraid. It IS scary to do something grown up for the first time. Confidence comes from facing that fear.

No word on what the husband/dad’s feelings, of course, but if he’s anything like the people I help on my TV showÂ or when I do a “Free-Range House Call” (here’s a story on one), my guess is he will be so proud of his daughter, the joy will crowd out the fear. – L. 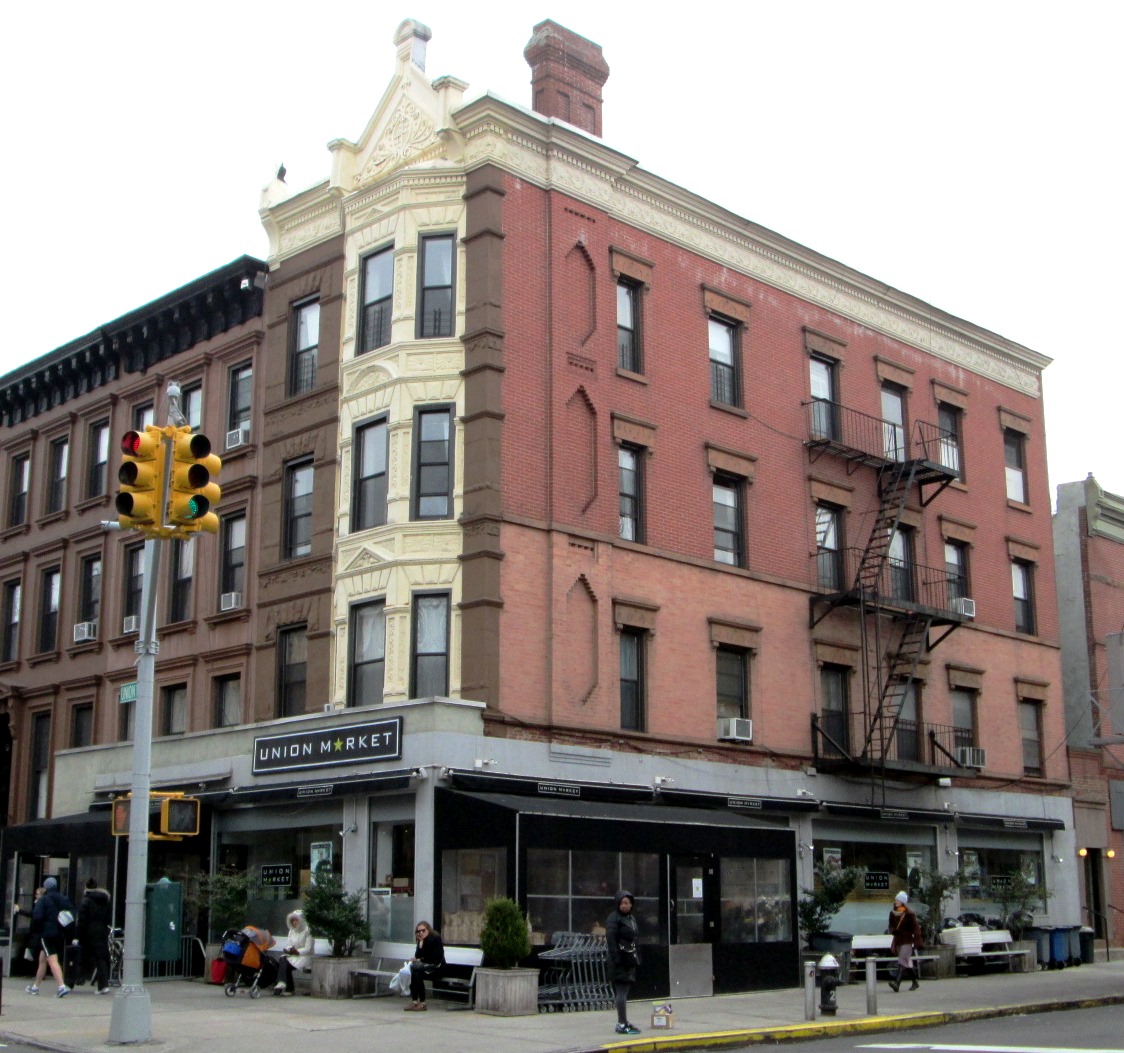 Park Slope, Brooklyn, where crossing the street is not taken lightly.

Let’s Hear it For Strangers Grabbing Kids!
Boy with Autism Wanders Off, Frantic Mom Searches, Calls 911, is Cited for “Suspicion of Neglect”

23 Responses to Letting My ONLY CHILD, Age 6, Cross the Busy Street by Herself