It’s the same reason I highlight the stories that run when Â a child is dropped off at the wrong bus stop and the narrative is, “Oh, how incredibly lucky we are that they child wasn’t immediately snatched by a predator!” No one writes, “A child walked by a building today and we are just incredibly lucky no brick dislodged and hit her on the head.” Â But the possibility of abduction is always given credence. Non-events are treated as near misses.

It is harder to raise a Free-Range Kid, competently going about his or her day in the world, when we are told it’s World War Z out there. – L.Â

Here’s a story from my neck of the woods, NYC, about a “frightening attempted luring” yesterday.

When you read it, ask yourself: What terrible thing happened that warrants news coverage? What are the odds that a van full of four people was trying to kidnap this girl? (Four people all agreeing to this felony, in the company vehicle?) What happens to our culture when fear gets reported as fact? And I’d love us to discuss the last line.

There is a warning for parents and their children in the Bronx after a frightening attempted luring near a school.

The picture released by police is grainy, but the writing on the side of the truck apparently says “Empire Architecture Group.”

Shortly before 9 a.m. last Thursday in the Pelham Gardens section of the Bronx, a 13-year-old girl was walking to school.

She says the truck followed her for about a block.

By the time she reached Eastchester Road and Allerton Avenue, authorities report one of the men in the vehicle yelled out for her to come to the truck.

Eyewitness News is told there were four men in the pickup.

Thankfully, the young student kept on walking and made it safely to school

This area is heavy with commercial traffic.

Eyewitness News reached out to Empire Architecture Group, which is located in Queens, but we have not yet heard back.

Meanwhile, many in the neighborhood are hoping police make an arrest before another youngster is approached. 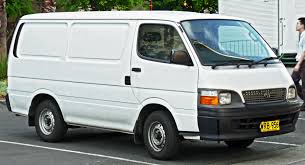 We all know that no one drives a white van without evil in their heart.

“ATTENTION PARENTS: Kids Under 12 Cannot Walk or Ride to School on Their Own”
Robot Nannies: Hooray?

97 Responses to UPDATE: Lowering the Bar for “Attempted Luring”