If you had a sneaking suspicion that our sex offender laws have gone overboard, here’s the naked proof: A British man found not guilty of rape must nonetheless give the authorities 24 hour notice before he engages in sex.

I’ll type that again: The guy must let the cops know when, where, and with whom he is going to engage in intimate relations. This notification rule goes into effect in August andÂ The eyisnznfba
Mirror reports that the police are going to ask that it become permanent.

Now the man, who is single, is threatening to go on a hunger strike.

The 40-year-old man, who legally cannot be named, was given a retrial in 2015 and acquitted of rape. Despite the ruling, police issued a “sexual risk order” against him. Under the order, the man must “disclose the details of any female including her name, address and date of birthâ€¦ at least 24 hours prior to any sexual activity taking place.”

“I protest that even though a jury found me unanimously not guilty, after nearly two years I still find myself being punished for a crime that never happened,” the York man wrote in a statement to the press. “I protest to being subject to an order that is unlawful in almost every syllable, is unjustified and is so extreme as to be utterly unlivable.”

The TelegraphÂ reports that this isn’t justÂ a rule for folks found guilty of a sex crime. It’s actually for those NOT found guilty. That’s Kafka on a stick with sprinkles!

Full sexual risk orders last for a minimum of two years and breaching an order can lead to a prison sentence of up to five years.

They are used when someone has not been convicted of a sexual offence, but the police convince a court it is necessary for one to be made against the person to protect the public from him or her.

As insane as that law sounds, I’d add that even if he was found guilty of rape and had served his time, this rule would be utterly untenable. Somehow we allow bank robbers to go to the bank after they are out of prison, and murderers, once freed, are allowed to buy meat cleavers. Former arsonists are not required to notify the cops 24 hours before they fry an egg.

Yet we treat sex offendersâ€”and apparently even those found not guilty of sex offenses, but tainted by the mere accusationâ€”as if they are insatiable recidivists, bent on violating every living being they approach. This is why we forbid people on the sex offender registry from living near parks and schools, even though these residency restrictions have been found to have “no demonstrable effect” effect on child safety.

What’s more the idea that sex offenders re-offend more than other criminals is completely wrong. A study by theÂ Department of Justice found a 5.3 percent recidivism rate among sex offendersâ€”lower than any other group except murderers.

The Mirror reports that the man in this story “admitted to previously having an interest in sado-masochistic sex and used to visit a Fifty Shades Of Grey-style fetish club with an ex-partner.”

So what? our sex offender hysteria is so great that the man has had virtually all his freedom taken away under the guise of keeping the public safe:

He said there was “no prospect” of a relationship at the moment.

The man has been charged with breaching the terms of the order by refusing to give police the PIN to his phone.

He decided, having taken legal advice, not to give them the code as a point of principle, because he said the terms of an SRO were supposed to be prohibitive, not obligatory.

He was arrested and held in police custody overnight.

The terms of his SRO mean he cannot use any internet-enabled device that cannot be later checked by police.

He said that banned him from using certain fridges and lifts that are connected to the web.

Yes, think of all those sex offenses involving smart refrigerators.

The wording of the order also stops him from using an intercom such as those used to get into a nursery or a flat.

Beyond that, I’d wager the police and authorities want to score a sexual victory: They can tell the public they have kept a predator at bay… even if the predator was an ordinary guy, not preying on anyone.

So who are the real predators here? – L 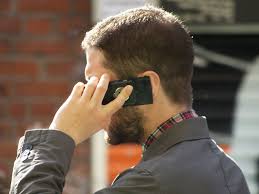