Human trafficking? Is this really how it happens? Last week a man started complimenting a mom’s 2 -year-old at the store, and actually gave her $100. Yes, that IS strange. Says Inside teaerstkks
Local:

In a crime described by police as both bizarre and disturbing, two men tried to buy a woman’s 2-year-old son as she shopped at a Covina supermarket Wednesday, officials said.

Both the woman and child got away unharmed following the 7:40 p.m. encounter at the Baja Ranch Supermarket, 425 S. Citrus Ave., which detectives are investigating as an attempted human trafficking case, West Covina police Lt. Tim Doonan said.
Two men took part in the crime, police said. One approached the woman and child, while the other remained in the suspects’ SUV.

The first suspect walked up to the woman as she was checking out, Sgt. Gregg Peterson said in a written statement. He began complimenting the woman, telling her that both she and her son were beautiful.

“The suspect asked the woman if she wanted to sell her son, and when she told him no, the suspect continued with the compliments, but they were focused solely on her son.”

So here’s the follow up story, four days later:

An act of generosity by a man who said he “wants to bless others” was mistaken for attempted child trafficking after a “misunderstanding” in a Southern California supermarket, police said Friday.

A woman told police that a man was complimenting her son at the cash register inside Baja Ranch Market in Covina on Wednesday. She said the man was very persistent with his comments.

When she and the boy went to their car in the parking lot, the man from the store was with another man parked next to them. She said the men offered her $100 to purchase her son.

After police released surveillance images of the men hoping the public would recognize them, they went to the police station to say it was an act of kindness gone wrong.

The man was celebrating the anniversary of his business and the boy reminded him of himself as a child. He felt giving the mom this money was sort of a thank you to God.

The bigger point: As odd as this incident was, human traffickers are not out there, randomly offering $100 to parents for their kids. Talk about a low-yield crime. – L 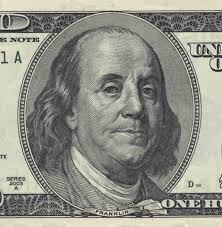 Excuse me, m’am. Can I buy your baby?

Fight for Your Right to…Toboggan! Make This Video go Viral!
A Simple Idea that Can Change All The Grumpy People You Live Around

53 Responses to Man Tries to Buy Toddler from Mom at California Supermarket, Except…