When a man noticed a little girl wandering by herself near a softball game in Lakeland, FL, he correctly assumed she was lost and started taking her around, trying to help her find her family.

But when the father was alerted by bystanders that some stranger was walking toward the playground with his daughter, he went and punched the man out. The police diibsydnnn
report is here.Â AsÂ NBC NewsÂ reports:

The well-intentioned act was mistaken for a kidnapping attempt.

You know why? Because we have this MOVIE PLOT SCENARIO on infinite-loop in our brains, telling us that this is how children get abducted: In public, by strangers.

“I saw this man with my daughter in his hands walking toward the parking lot. What would you do?” the father told NBC affiliate WFLA in a phone interview. “I wanted to kill him!”

Thinking they were stopping a crime, the father and two friends approached the stranger: As his friends took the toddler away, the father punched the good Samaritan “probably five or six times,” he told WFLA.

“I thought he was trying to take my daughter.”

Of course he did. In fact, he may haven been one of 12 million people who watched Joey Salads’ video in which he shows how “easy” it is to steal a child from a park — making it seem like this kind of thing is happening all the time, a video that ignores two wonderful facts:

1 – Most people do NOT steal children. It is the rarest of crimes.

2 – The tragic but less exciting truth is that our children are in far more danger from people they know than from strangers.

But worse than even this beat first/ask questions scenario is the fact thatÂ even AFTER the police concluded and explained to the family that this was truly a Good Samaritan TRYING TO HELP THEIR LOST CHILD:

The father and his friends were not satisfied with the manâ€™s explanation or that of the police. â€œSo, I guess in Lakeland, you can kidnap a child and get away with it,â€ the father said to police, local media reported. The police report, local media said, described the father as â€œincreasingly agitated.â€

According to WFLA, other media outlets and police, family members and friends went on social media and shared the manâ€™s photo, his Facebook page and his place of business, â€œcalling him a child predator,â€ WFLA said.

The Samaritan, fearing for his life, has fled town. Meantime,Â the police are reminding the family, via a statement that:

The whole incident makes you understand this tragic story from 2002Â  even more: In England, a Â man named Clive Peachy saw a lost toddler on the side of the road and considered stopping to pick her up and try to find her parents. But he drove on.

She was not walking straight, she was tottering, said Mr Peachey. “I kept thinking should I go back? One of the reasons I did not go back is because I thought someone would see me and think I was trying to abduct her.”

So he didn’t go back and get her.

She drowned in a pond.

Until we actively renounce the conviction that any stranger-child interaction is likely to be a rape/kidnapping, we will make the world LESS safe for kids. 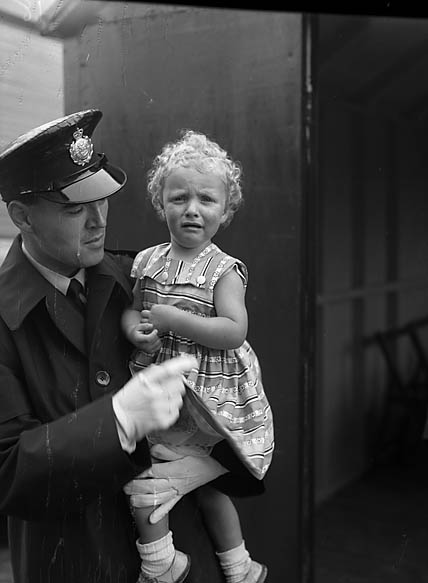 You’re crying? I’m the one who’s going to be beaten up and smeared on social media!