bkthsziiin
.
Rosalind Wiseman describes herself as “some combination of educator, parenting expert, social activist, bourbon drinker, mother of two teen boys.” But chances are you have heard of her as the author of  “Queen Bees and Wannabes,” the book that was the basis for the (wonderful!) movie Mean Girls. Wiseman also wrote a boy-book companion: “Masterminds & Wingmen.”
.
Now a new editon of her Queen Bees book just came out last week, including chapters on social media and the broader world of tech. Here’s an excerpt:

Should I Spy? by Rosalind Wiseman

“Does a parent ever have the right to check his or her child’s text/ Facebook messages?”

No, it’s called independence and there is no way they can control or sensor everything so they might as well teach how to be respectable and smart and what expectations they have for Internet use! But that’s like sneaking into a journal . . . invasion of privacy. Just talk to your kid.

I know a lot of parenting experts would disagree with the teen above. The standard line is parents have the right to see everything their child is doing whenever they want. I get why people say this. We want a simple answer to overwhelming or complex problems. But it doesn’t work like that. Our relationships with our children are relationships. No matter what experts or the hypervigilant parent in your neighborhood tells you, it’s actually really hard to know everything your child is doing all the time online. This is the way I think about it. Monitoring your child’s online life is not about controlling your child’s online life. It is about teaching your child to communicate online ethically and authentically. It is about creating a relationship of mutual respect with your child where they’ll tell you if something is running off the rails.

Every child is different, but in general I now believe that if your child has conducted herself according to your rules, by the end of her freshman year of high school you can allow her to have a password of her own, and you can stay out of her social networking—until and unless you see or become aware of something that makes you worry.

Contrary to the stereotype that kids don’t value privacy online, they do—intensely. They value it so much that they’ll come up with incredibly creative ways to hide in plain sight what they really feel. Even if you’re a parent who checks their social networking posts, you may look at the images they’re posting and have no idea of the meaning behind those images. You may even misinterpret the meaning of the post.

Really, teens have been doing this forever. How they choose to dress and the music they like are the most obvious ways they present themselves. But what’s important to recognize is that the way your child chooses to present herself online is extraordinarily meaningful.

Unless you are a tech security expert or a hacker (or both), you have no privacy. Neither does your daughter. From our family’s financial information to what we post online, we have all given up our privacy. But as one of my students said, just because we may not have privacy doesn’t mean it’s OK to violate people’s trust. It’s your moral responsibility to respect people’s dignity and therefore their privacy.

And all of this gets us to anonymity. We all know that being anonymous or the illusion of anonymity makes it easier for people to behave badly. The question is how do you talk to your child about it? Here’s a script:

“I know it feels like it can be anonymous online and I know that you know you really aren’t. But you shouldn’t want to be anonymous. You should stand by your words. You should be ready to own what you say in real life and what you post online.”

Or, as I like to put it regarding parents/kids and online issues: Talk, don’t stalk. – L 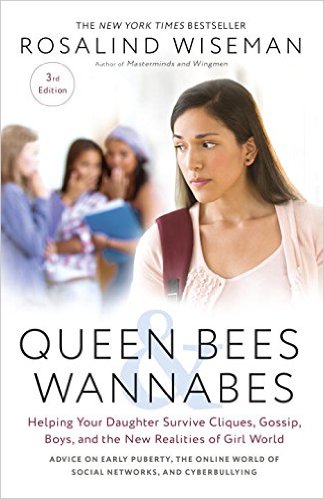 Do you wannabe…sneaking peeks at your kids’ private social media?

Gotta Love TV News: “Playground Fun Could Lead to Tragedy — Tune In at 10!”
Politicians Pile On the Pokemon Predator Panic