Readers — A bunch of you have been sending in this ereseryyff
stunning story, about a Long Island, NY, middle school banning anything that could, conceivably, ever hurt a child. According to CBS, “officials at Weber Middle School in Port Washington are worried that students are getting hurt during recess. Thus, they have instituted a ban on footballs, baseballs, lacrosse balls, or anything that might hurt someone on school grounds….along with…rough games of tag, or cartwheels unless supervised by a coach.”

What’s so absurd about this decision it’s like some kind of modern day fairy tale: Adults, desperate to make sure nothing bad ever happens to the children, keep them captive in a barren schoolyard. It’s like Rapunzel in her tower. Everyone who reads that classic understands that it is crazy to think safety is more important than living. That’s the whole, long-beloved POINT.

Ben Miller of Common Good has long argued for less risk-obsession, especially on playgrounds. Of this decision, he writes, “The schools superintendent says, ‘Some of these injuries can unintentionally become very serious.’ What about the injury of removing children’s opportunity to exercise, socialize, and even learn from their mistakes? Sadly, the school is more likely to be sued over a playground injury than a compromised childhood. But in the end, which one leaves the deeper scars?”

I think we can all agree on the answer. The question is: How come some of us are so willing to believe kids can’t handle anything harder than a Nerf ball? -L 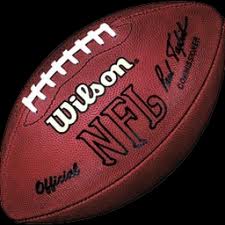