Why does anyone think that a 10 year old can’t manage a short wait in a car, along with her baby sister? If it’s hot, a 10 year old can open the door. If there’s a problem, a 10 year old can call for help by phone or yelling. If the baby is anything other than fine (unlikely), a 10 year old is equipped with brains and arms to help. And yet, theÂ Fairfield bakiarfbet
Citizen Online reports —

A Bloomfield Drive woman was issued a misdemeanor summons Sunday after she allegedly left two children alone in aÂ car.

Jennifer Pavelus, 30, was charged with leaving a child under 12Â unsupervised.

A witness called police around 3:51 p.m. Sunday after spotting a 1-year-old in a car, with its engine and air conditioning running, in the parking lot of T.J. Maxx on Tunxis Hill Cutoff. According to the report, there was also a 10-year-old in theÂ car.

As if the 10 year old is an afterthought. Anyway, the police also reported that the children seemed fine. But who cares? Let’s ruin another mom’s day — or life, depending on whether her job or job prospects preclude anyone who ever had a “child abuse or neglect” charge against them.

The mom told the police she’d run into the store to get a bag. Now she has a court date next week.

How wonderful the police are protecting us from laughably safe situations. Maybe next week they can ticket a family who’s having a picnic. After all, someone COULD slip on a pickle. Time to whip out that ticket pad. 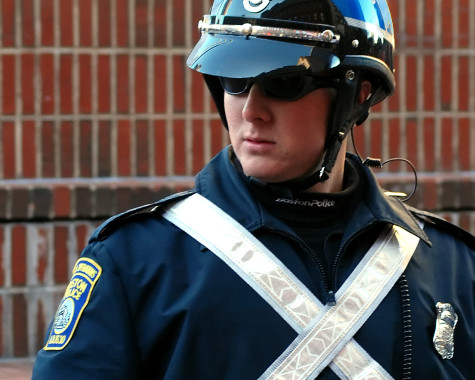 M’am, I’m issuing you a summons for trusting your 10 year old and the laws of probability.