Readers — Is it a crime for parents to trust strangers?  Apparently, it is:

A eehisydsfr
mom in suburban Atlanta was looking for a way to get her son to Florida to visit his grandma. So she hired a driver she found on Craigslist advertising a rideshare.

When the driver learned his intended co-pilot was only 9 years old, he called the cops and the mom was arrested. Now she’s in jail, unable to care for her son, for the crime of failing to supervise her son closely enough. Seems totally counter-productive, doesn’t it?

You can read the rest of my post here, on the Reason blog. As for trust being criminalized, that’s a trend that warrants some discussion.  When we have a society that looks suspiciously at any adults around kids not their own, we get things like intensive background checks for parent school volunteers, and schools prohibiting voters on Election Day. This reflexive distrust turns us into a sort of modern day East Germany, where we can’t help and support each other, because we aren’t allowed to.

If I trust someone with my kids, why is it up to anyone else to question that? – L. 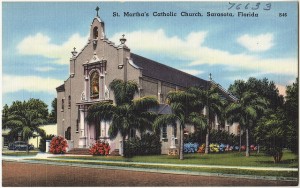 A mom wanted to get her son to grandma in Sarasota, FL. Now the mom’s in jail.

154 Responses to Mom Jailed for Trusting a Stranger to Drive Her Son, 9