Readers: hafehnzfhz
This is just a little snippet from modern day society — a local listserve note sent to us by a reader. The writer is a mom who didn’t want to give her daughter the chicken pox vaccine. The school is saying the girl needs to leave school for 20 days because another kid got chicken pox and so she’s not safe.Â

“My daughter just started kindergarten at public school last month.Â  They accepted our religious exemption without an issue, and everything was going so perfectly.Â  Then this morning I received a call from her school to notify us that a kid has chicken pox.Â  Definitely not in her class, and possibly not even in her grade…Â

I never intended to home school, but now it feels like I’m being forced to do so.Â  I wish I at least knew of any other kids in her grade that are also being isolated, so we can at least get together with them during this time.Â  Just feeling really alone and frustrated.Â  My husband is of course supportive, but can’t offer much advice…Any thoughts or pearls of wisdom to share??”

My pearls: I believe in vaccination. I also don’t think chicken pox is that dangerous — maybe because when I was growing up, there wasn’t a vaccine yet and most of us came down with it. So at the very least, I guess I’d insist that the mom agree not to sue if her child gets chicken pox. (And I’m sorry I’m even thinking in lawsuit terms. Such are the times!) Anyway, there are some interesting issues here — how much does a parent owe the community, and how much autonomy does the community owe the parent? I’m drinking my espresso and await your thoughts! – L. 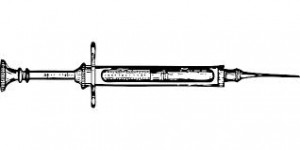