By buying a plush toy with a heart on it, Tampa mom Nicole O’Kelly unwittingly alerted predators that her little girl “is ready to be traded for sex.”

Or so reports (if that’s the word) the station WFLA.Â Using a garbled mishmash of horror and hysteria, correspondent Melanie MichaelÂ told viewers that the toy, a pink stuffed truckÂ recently purchased at a Monster Jam event, “held a sick secret; a disgusting calling card for creeps. The heart on the toy was a symbol for pedophiles.”

The heart within a heart, the reporter continued, is “a symbol used online by pedophiles.”

While presenting Â no evidence whatsoever that the toy was made to be, or perceived as, some kind of secret signaling device, the reporter interviewed the toy-buying mom, who seemed as distraught as if her child had narrowly escaped a windowless van. “This is pink!” said the mom. “This is for little girls, especially at a predominantly male event.”

Does the mom think the “male event” deliberately stocked up on pink toys that so that unwitting parents would buy them? And then predators would see the symbol, and go, “Look! A heart on a toy. This mom must be willing to sell her child into sex slavery!”?

WFLA — and several other new outlets that carried the story — didn’t seem to care that this is the kind of storyline usually induced by certain mushrooms. It continued with a clip from a local detective:

â€œItâ€™s the most vile thing you could ever imagine,â€ said Pasco Detective Anthony Bassone.

Bassone said the hearts are used for girlsÂ while a separate symbol with triangles targets boys.

I had to look up to see if there was anything, anywhere, that suggested even a scintilla of truth to this assertion, and all I could find was an unbylined 2007 Slate article that referenced a single Wiki-leaked FBI memo from the “Cyber Division’sÂ Innocent Images National Initiative.” (Your tax dollars at work.) It asserted that pedophiles wear jewelry signifying their pre-pubescent predilections with triangles and hearts.

Even if that were true — so what? The heart on the pink toy… 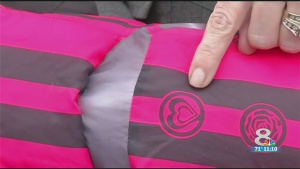 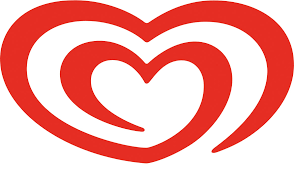 Which happens to be on Good Humor ice cream bars (oh no!), which also happens to look a lot like this heart: 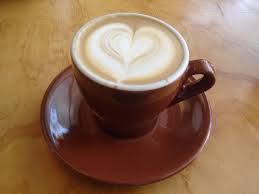 Which seems to suggest my fancy coffee house is a secret pedophile ring.

But back to the reporting, and Det. Bassone:

Bassone has been with the agency for more than 16 years. He has one tough job every day. And, what he encounters, he canâ€™t forget. He has to see the worst of the worst as he picks out pedophiles online and busts them, along with two other detectives in the cyber crimes unit at the Pasco County Sheriffâ€™s Office.

These investigators have to deal with the most horrendous, gut-wrenching, heartbreaking material. Sadly, they see children tortured and raped on a daily basis.

None of which has anything to do with a toy that has a heart on it. But it does have everything to do with putting a story on air that suggests pedophiles are everywhere, trading toddlers like baseball cards, when not hard at work designing devious plush toys.

The poor toy company, Feld, Inc., was also contacted by our Edwina R. Murrow down there, and it told the station:

â€œWeâ€™re shocked. We had no idea. We reacted immediately. We wanted to do the right thing as quickly as possible. Clearly weâ€™re in the business with providing high quality family entertainment. This was really obscure. Until yesterday, I had no idea there was an underlying meaning of these symbols and the deplorable behavior. We just donâ€™t know if a crime was committed here.

Can we assume that selling a toy with a heart on it is not a crime?

And can we assume that detectives who spend 16 years sleuthing for online creeps can get a little odd themselves, believing that even mass-manufactured toys are tools of the Pedophile-Industrial Complex?

And can we assume that when viewers are bombarded by a story this desperate to fan the flames of predator panic, we get a population ever more obsessed with sex offenders, ever more demanding of police protection, and ever more convinced that their kids are in constant danger, even from a plush toy?

The Onion Nails it AGAIN about Parenting
From Consensual Teen Sex to Solitary Confinement. Plus: An Explanation of the “Peter-Meter”

101 Responses to “My Child’s Toy Has a Pedophile Symbol on It!” — Actual News Report