Dear Free-Range Kids: Â My daughter is 10, our only child. She was born when I was 43 and I did not fit in with my mothering peers. I felt constantly judged, simply because I believe that kids are lot more capable than we give them credit for. Besides that, I was just too tired to micromanage her! I needed her to be strong and independent. As an older mom with health issues, I needed to know she’d be fine without me. So first of all, I just want to thank you for how your work has helped me to be the sort of mother I want to be. Secondly, I’d like to share a chapter in our Free-Range life with you.

“Get to know people really well before you tell them any personal stuff.” “Get to know people really well before you decide if they are good, or not.” “Be careful around people until you know them for a long time.” I didn’t think it could get much better until she scooted around the table to give me a big hug and said, “THANK YOU, Mom, for not leaving me out of the solution!” WOW! Â For me, that one comment explains why Free-Range parenting is so important. This situation could have instilled debilitating fear (in both of us). Instead, her confidence has grown, as has ours. AND her innocence remains intact. I want my daughter to have the world. I think we’re off to a good start.

Lenore here: You had my heart pounding there. Kudos to you and the Miss O, who handled the situation divinely!Â 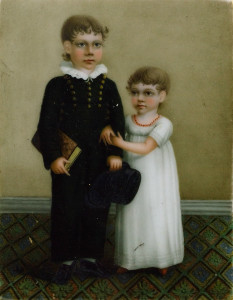 What happens when an older boy starts walking a Free-Range girl home?

How to Find “World’s Worst Mom” on Your TV
Unsupervised Play is BETTER for Kids, Says New Study!

99 Responses to My Daughter, 10, Wondered Why the Boy Walking Her Home Wanted to Go In The Alley