Dear Free-Range Kids: This week I had 3 police officers knock on my door.Â  A neighbor saw my 4 1/2 year old playing in the park behind our house that’s an extension of our yard, and reported us to DFCS for neglect, then called the police.
Â .
We bought our home for the backyard and access to the park.Â  Our property line extends across a creek and into the school playground that is also the community park. Â From my kitchen I can see the children playing on the playground at recess, and can call my children’s names and they come running home.Â  We were home and Lucy goes there every day, which we fully encourage, to play with her friends — usually staying within 50 feet of our property line.Â  The woman asked our daughter where she lived, which she responded to with our address, and pointed to our house/yard (where I was actually outside in the yard dealing with some tree workers, about 50 feet from where the woman was standing).Â  She easily could have come over and talked with me.
Â .
The cops thought it was a ridiculous waste of their time, and ensured us there were no laws in our state that were being broken. Â They actually encouraged us to contact the woman (and gave us her name), perhaps given that we live in an upper middle class, very community-oriented neighborhood where he assumed the person would just come to us before jumping to such conclusions.
Â .
So I emailed her to confirm it was her and ask her to talk to us about what she thinking. The response we got was a letter from her attorney asking us to stop contacting her, as part of her “mandated reporter status” she was just reporting concerns of an “unsupervised child.”
Â .
After some research and discussion with local attorneys we are coming to find that “mandated reporter” in Georgia means that they are only to report on their own territory (she’s a teacher, so only in her school).
Â .
Now we’re hoping to file a lawsuit against her for knowingly filing a baseless claim and wasting public resources (hours of police time, DFCS, etc). Â  We’re willing to spend some money to make a point, even if we have little chance of winning because of the immunity provisions. Â We feel her only reason for calling DFCS was that she doesn’t agree with our parenting style. We’d like to stand up for our kids’ right to play outside, and also to make a point that you shouldn’t call DFCS so quickly.

.
We do not want our child to have to stop playing in her own backyard because of people like this. Any advice you have is most welcome! — Free-Range Kim

Â .
Most likely, the busybody is protected by the Georgia statutes that give immunity to anyone making a report, if they believe they are witness to child abuse, which is apparently defined downward to include “neglect,” which I guess is defined even further downward to include, “50 feet away from mom, who is momentarily distracted.” That’s whatÂ David DeLugas, executive director of the National Association of Parents, explained in a letter to Kim and me.
Â .
But his association was formed specifically to defend parents against government intrusion into everyday parenting decisions. So he pointed out that Kim MAY be able to open a “defamation of character” against the teacher, “if her good faith can be cast in doubt” and if the case can be framed as “a violation of your Constitutional rights as a parent to decide for your own child, so long as not causing actual harm.”
Â .
I hope that that’s exactly what happens because, as DeLguas points out, cases like Kim’s have aÂ â€œchillingâ€ impact on other parents. DeLugas adds:

The National Association of Parents is a 501(c)(3) whose mission is to preserve the parent-child relationship by protecting the Constitutional rights of parents in the USA.Â  We would be pleased to meet and discuss the lawsuit you have in mind. Why would we represent you? Because we want to discourage the seeming trend of calls to 911 and/or to DFCS/CPS when children are NOT hurt, NOT in distress and NOT in imminent danger of harm from an identifiable risk (not the â€œsomething COULD happenâ€).
Â .
For everyone else who is outraged and offended by this and other cases, please help us provide legal services by becoming a dues paying member (only $19) and/or make a tax-deductible donation!”

I’m a member and I’m sure Kim is joining. Â It’s a great cause (and a great price)! Here’s to the legal fight for our right to raise our kids as we see fit! – L. 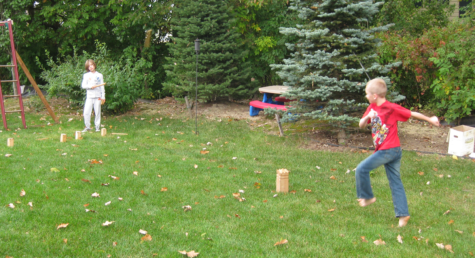 It is our RIGHT to let our kids play in the backyard!

114 Responses to My Neighbor Called CPS When Our Daughter was in Our Backyard. I Want to Fight Back.