An honest letter about Â a real problem: Kids given lots of freedom but, it seems, no behavior boundaries. Or boundary boundaries, for that matter: 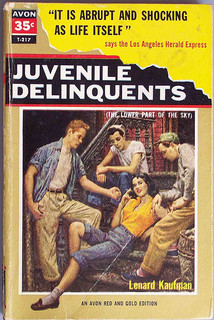 The local kids are shouting, stealing and running wild.

67 Responses to My Neighbors’ Kids are TOO Free-Range