Canada’s National aedykefhii
PostÂ reports that theÂ Toronto Leaside Girls Hockey Association has instructed its coaches: No touching the players…even on their helmets.

(U)nder no circumstances should there be contact with the players, in any wayâ€ …Â said the directive from John Reynolds, head of the house league. â€œPutting hands on shoulders, slapping butts, tapping them on the helmet, NOTHING, this can make some of the girls uncomfortable and you wonâ€™t know which ones, so no contact, period.â€

What’s crazy about this rule is not just that it’s…crazy. It is also part of the same mindset that brought us “trigger warnings.” Those are warnings placed at the top of an article, or any other reading, that warn the reader that the following content could “trigger” feelings of distress — perhaps flashing the reader back to a time when he or she (but mostly she) felt demeaned or violated. Colleges have placed trigger warnings on items as diverse as movies, non-fiction articles and even the modern classic, “Things Fall Apart.” But as Jennie Jarvie points out in this great piece in The New Republic: “Once we start imposing alerts on the basis of potential trauma, where do we stop?”

The same goes for imposing bans on any and all touch.

Trigger warnings aren’t even based on any real psychology, as far as I can tell. They simply seem to want to insure that no one ever feels uncomfortable, as if discomfort itself is a form of assault. But the shrinks I’ve read suggest that fears only grow deeper and more desperate the more we try to avoid the “trigger.”

What’s more, the assumption behind trigger warnings AND worrying that a girl might feel uncomfortable (to the point of violated) if a someone touched her helmet is a strange and insulting way of looking at young people. It’s treating them as the most delicate of wisps, unable to handle anything. A young woman is just one big, raw nerve-ending, ever ready to jangle.

So, Toronto: Quit acting as if your feisty young hockey players can’t tell the difference between an assault and an “Atta girl!” 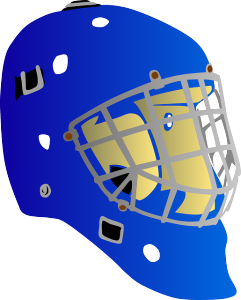 Don’t touch me there!

Was this Footage FAKED? Children Walk on EARTH!
6 year old’s Relatives Kidnap, Blindfold and Tie Him Up to “Teach Him” About Stranger-Danger (They Remove His Pants, Too)

52 Responses to “No Touching the Girls, Even on their Helmets”