If teanbznaen
this isn’t a 2014 Valentine, I don’t know what is. (See below.) This is a real email a reader got from her kid’s school and it hits every button, from lockdowns, to valentine-and-candy policy, to police involvement, to absolutely confounding instructions. (I have highlighted the sentence I don’t understand AT ALL in green). It’s also so heartwarming to know that if you, the parent, are a little slow to get to the classroom, you will NOT be recognized as Ava’s mom, but left to die. xxoo!  – L

Let’s be always be prepared.

Did you know that a practice lockdown could happen at any time even during a rally or party?

You need to know what to do!

Go to the nearest open room to you when an announcement is made!

If a teacher has already locked her door, he/she will not let you in. They don’t know who it is and can’t take your verbal answer. They will try to clear halls and grab students and parents with tags.

Rooms should lock, lights go out, blinds close, and members of room hide in silence. There are green and blue cards that teachers put under doors. Green- we are good, blue- we need help. Your safety is more important than cards so if there is not a teacher in the room and you don’t see them, it is okay.

We will give an all call to resume activities when we get a go ahead from the McKinney Police.

Best to be proactive and once again, we appreciate you!

Remember that valentines are for all members of the class. Candy that comes in valentines is to be taken home and not eaten at school. (Nut free items please! )Also- any deliveries for students are kept in office until end of day. Students will be notified they have a delivery. <3

Thank you  See you as you sign in the office tomorrow. 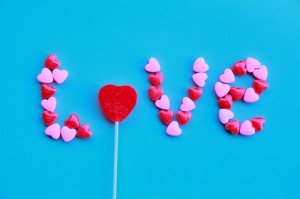 Roses are red, blood is, too. Schools aren’t safe and neither are you! (Poem by Lenore. Photo by D Sharon Pruitt)