By now you have heard that more people have downloaded Pokemon Go than any other app ever. That Nintendo’s stock jumped 25% in one week. That it’s getting kids to actually leave the house to go play — voluntarily!

And you have probably also heard of the four ereadaszys
guys arrested in a black BMW somewhere in Missouri for ostensibly luring some players to an secluded area with promises of prime Pokemon hunting, and then robbing them.

So if you are part of the vast web of Very Concerned Adults whose life’s purpose seems to be dreaming up terrible things that can happen to kids anytime they venture beyond the kitchen, you can relax. You’ve got your stranger danger story. Phew! Now you can remind us that anytime people are headed outside, especially the young ones, they had better think long and hard first.

And so the San Francisco Police Department took it upon itself to tell moms and dads that they should “know where your kids are going when playing with the app” and “set limits” — as if parents couldn’t possibly figure this out for themselves. As if this whole “kids going outside” thing is just so new and crazy.

The Department also published this Pokemon Go Safety Tip: “Know your surroundings and pay attention to where you’re going/who is around you. Slow car paralleling a person on foot might be a sign it’s a getaway car.”

Um, yeah. Except that with tens of millions of people playing this game across the entire country for the past week, we have that one BMW in Missouri to point to as an actual menace.

Meantime, over in England, which you’d think has bigger problems to freak out about, the authorities are warning that the app could be used by predators to lure children to their doom. Mind you, the app isn’t even available there yet. But The Telegraph quotes officials warning that “Pokémon Go’s advanced location technology could endanger children by making them easily accessible to criminals.”

Ah, yes. Let’s immediately imbue this outrageously fun game with menace. It’s almost like a parallel universe: Players get points for finding Pokemon, and the warning-class gets points for dreaming up Hollywood-ready predator scenarios. But the warners also get massive publicity, because nothings sells like kids in peril. Even if they aren’t in peril. (Can I remind us all here that stranger-danger is the least likely of crimes?)

So the other day I was walking around my bustling, leafy neighborhood when I saw one mom showing another mom the app. The explainer had her 10-year-old son with her. “Can he go out on his own to play?” I (a stranger!) asked.

“What age do you think you’ll let them play on their own?”

The Pokemon game is so fun, so simple, so sharable, it is as if the company invented the 21st century equivalent of the ball — a toy kids can play with on their own, or in a group, or when they’re walking down the street.

But unlike the ball, which came of age before the warning industry, indeed before the dawn of history, kids simply got to go outside and play with it. 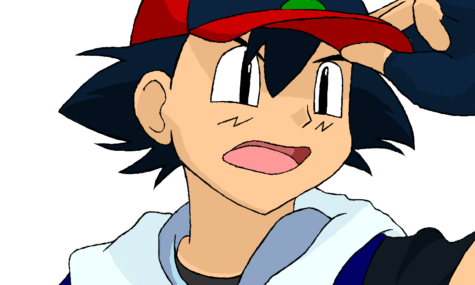 That man just threw Pikachu into his trunk!

Get Ready for a Truly Pleasurable (And Quick!) Cry
My Neighbors Spied on My Teen! (And Found Out Something Bad)

49 Responses to Of Pokemon and Predators