Someone called the cops when a gaggle of young folk in Gainesville, FL, had the temerity to play street basketball, instead of silently staring at their screens inside. Here’s how an officer responded (it’s a little garbled for the first 15 seconds or so):.

And zrrrdfkibi
then the cop, as promised, returned, with “backup.” A must-see: 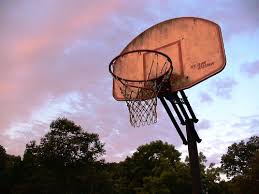 Do Your Kids Sled Without You? Or Shovel?
Rhode Island Proposes NEW Insanity: “Children Under 10 Shall Not Be Left Home Alone, Even Briefly”

183 Responses to “Officer, Some Noisy Kids are Playing Basketball in the Street!”