Welcome to Free-Range Kids. Can you say “Free-Range Kids”? Free starts with F,Â and syanitaatf
F is a letter!Â  Like this “letter” I got, below…except “letter” is not the same as “letter,” and…oh gosh! If they ask you that question on your SATs, just choose, “C,” because you don’t want to leave a question blank! This came as a comment from Stacey Gordon on the post, “To Get Kids Cooking, Stop Talking.”

Come on… You know good and well that children cannot exist outside the constant stream I call the CONE OF VERBIAGE that keeps them SAFE, or just from walking into walls !

Yay! Â We made it down the hall! Good job.

I cannot stand to be around people with little kids because the constant barrage of verbiage in their presence never stops.Â  The kid never gets a chance to form their own thoughts.Â  Everything is in this insipid, sing song, nyah nyahÂ  voice and no wonder parents are exhausted.Â  I listened to it once for 10 minutes on a plane while we were waiting to take off.Â  I almost lost my mind…

Oh look at that honey, see the man with the luggage? See them throwing it on the ground? I wonder why he does that? DO you know? Where is our luggage? Can you say luggage? That’s right, very good.Â  What color is our luggage?Â  I wonder where it went?Â  Do you think it is on the plane with us?

The kid was well behaved and quiet but the parent made me need noise cancelling head phones.

So true! I was behind one on the plane once, too.

And yet…I fear I raised my kids in something of a Cone of Verbiage myself. (Not to be confused with the Cone of Silence, from the show Get Smart. Just reading the description made me laugh out loud.) – L 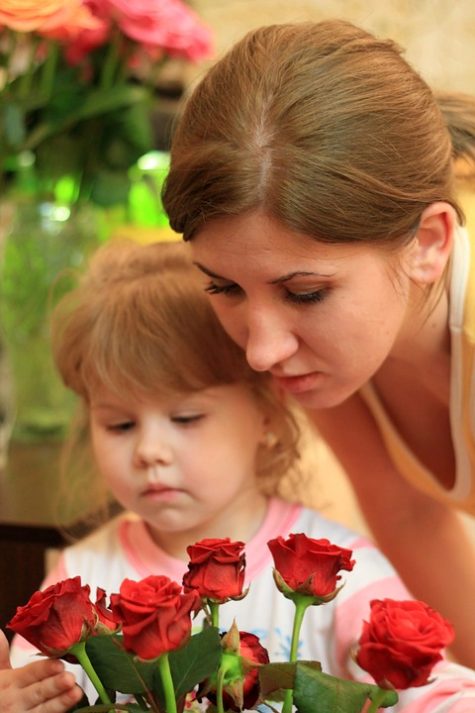 I read I have to say 3 million words to you by Friday!

64 Responses to “Oh Look, Honey, See The Rose? What Color is the Rose? Rose Starts with R. Roses are Flowers, Just Like Daisies…” AGGHHHHHH!