There are probably many “greatest” teachers out there — my sons have certainly had their share — but this guy, Rafe Esquith, sounds right erdidasyit
up there. Like REALLY up there. Teachers from around the country flock to watch him in the classroom. He has written four books on teaching. Students and their parents love him, writes Jay Matthews in the Washington Post. Esquith earned the National Teacher of the Year award, the presidentâ€™s National Medal of the Arts, was been made aÂ member of the British Empire, got other awards from Oprah, The Dalai Lama, Disney…okay, you get it. On with the story. As Robby Soave writes in Reason.com:

Esquith teaches at Hobart Boulevard elementary in LA. Most of his students are low-income Korean and Hispanic kids. His numerous extracurricular activitiesâ€”including field trips and Shakespeare productionsâ€”are largely funded through private donations from benefactors attracted to his excellent work. While reading a passage from Huckleberry Finn in which â€œthe king came prancing out on all fours, naked,â€ Esquith remarked that if he couldnâ€™t raise additional funds for his annual production, he supposed â€œthe class would have to similarly perform naked.â€

Those poor things! Clearly the best — the ONLY — rational response is to get that teacher far, far away from them before anything even WORSE happens!

Whisk him away the L.A. School District did. He has not been allowed to teach since March. Because:

…a teacher who was in the room took him seriously, reported this to the principal and the principal reported it to the district. From there on, [Esquithâ€™s attorney Ben] Meiselas said, the district has been conducting an open-ended investigation with no apparent charges and no due process for Esquith.Â  No child has complained. No parent has complained. The teacher who made the first report emailed him in April to say â€œI just want you to know that I am here for you . . . and I wish you the best resolution possible!â€

Gee thanks. Why did that tool even report him? I realize I don’t have the answer, but it sure looks like he or she is so attuned to the drumbeat of “for the safety o f the children!” that s/he forgot that “safety” does not mean sanitization. It does not mean slavish political correctness and self-censoring. It does not mean treating 5th graders as if they are so exquisitely fragile that one simple sentence will hit their psyches like a sledgehammer.

We have gone beyond squeamish and sensitive to creepy, cruel and crazy when it comes to education. Esquith just announced he is suing the district. I wish him all the best. As Shakespeare himself said: “Screw the petty educrats who can’t tell the difference between a threat and a joke.” (I may be remembering it wrong.) – L. 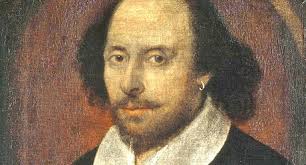 I’m William Shakespeare and I approve of RafeÂ Esquith.