In a adhaiyekre
piece I wrote for today’s New York Post, I talk about how the Oscars seemed completely fixated on the evils of not just racism, but rape. Especially child rape.

The Academy Award for best film was about child rape (“Spotlight”), the best actress was in a movie about abduction and rape (“Room”), and the Vice President showed up and spoke about campus rape (as if it’s more prevalent than off-campus rape, which it’s not). Then rape survivors were featured on stage, and Lady Gaga sang about rape. And when ABC cut to commercials, often it was to advertise its own new show, “The Family,” which is about child kidnapped and held captive for 10 years. Maybe there was no rape involved. Maybe it was just a wholesome stranger abduction.

The thing is, since no one is FOR rape, you have to wonder why the entertainment industry is so invested in showing us how AGAINST rape it is.

Nancy McDermott, author of the forthcoming book, “The Problem with Parenting,” turned a lightbulb on for me with this thought:

With the #OscarsSoWhite issue hanging over them, “the only way the Academy could get back any moral authority was to fixate on child abuse.”

Her analysis reminded me of a wonderful essay by Fred Clark that talked, in part, about the flood of letters to the editor a newspaper received following an article on a kitten burning:

Those letters and comments were uniformly and universally opposed to kitten-burning. Opinion on that question was unanimous and vehement.

But here was the weird part: Most of the commenters and letter-writers didn’t seem to notice that they were expressing a unanimous and noncontroversial sentiment….[T]hey seemed to think they were exhibiting courage by taking a bold position on a matter of great controversy.

When our whole society is at odds about everything else — immigrants, the economy, education — perhaps the one thing we can all agree on (even while congratulating ourselves for being so evolved) is that we hate rape, especially the rape of children. This shared revulsion could be the only glue still holding us together.

The problem with this particular glue is that we have poured it all over everything, to the point where it sticks to almost every aspect of our lives. It’s not just all over the Oscars, and TV, and the news. It’s part of our everyday lives. When we consider giving our kids even an ounce of unsupervised time, we can’t get the door open because it, too, is glued shut with child rape fear. As I wrote in the Post:

When the entire entertainment world starts to look like “Law & Order SVU,” all of us — but especially parents — become terrified. And that has a direct impact on how we raise our kids.

As you might have noticed, most kids don’t walk to school anymore. Safe Routes to Schools puts the figure at 13 percent. And most kids don’t play in the park after school either, unless they’re doing organized, supervised sports. The Child and Nature Network says only 6 percent of kids age 9 to 13 are playing outside on their own each week.

Of course, technology plays its part in keeping kids inside, but another part of the reason is parental fear.

Recent studies of parents’ top five fears found kidnapping was No. 1 and “Stranger Danger” No. 4.

Obviously we all want our kids to be safe. Obviously, this is not a pro-rape blog post. It is a post that insists we look at the damage done by fixating on child abduction and rape. Why do people call 911 the second they spot a child outside?Because in everything they watch, see and hear, an unsupervised child is about to be kidnapped. They must save the child! Where are the parents???

You can read my whole essay here. But you read it on this blog all the time: When we overestimate danger, we are compelled to overprotect kids. The results are empty parks, empty streets, empty playgrounds. And lots more time to watch a scary screen. – L. 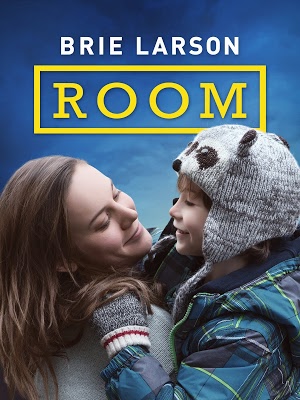 In “Room,” Brie Larson is locked in a room for 7 years. But ABC’s new show features a child kidnapped for 10! So there!

More About the Guy Who Videotaped the Baby Waiting in the Car and Screamed at the Mom
An 8-Year-Old Dies, Possibly Killed by a Birthday Balloon, Which Means…