Hi Readers — This ahrfzdisys
story was just sent to me and I am stunned and going out of my mind. A 34-year-old Nevada woman who was convicted of making a 13-year-old boy touch her breasts — I agree, gross and totally wrong — was sentenced to MANDATORY LIFE IN PRISON.

She will be eligible for parole in 10 years.  As her public defender said:  “She is getting a greater penalty for having a boy touch her breast than if she killed him.”

No one — Free-Range or not — is in favor of adults molesting minors. But the idea that “public lewdness”  can carry a mandatory life sentence just highlights  the hysteria of the times we are living in — times when we are so sex offender-obsessed we fail to consider whether we are really making children any safer with our over-the-top laws and our “zero tolerance” for common sense. As one commenter named “justthefacts” wrote beneath the original news story:

Humor me please…a man leaves a bar intoxicated, gets behind the wheel of his vehicle, chooses to drive off and ultimately gets in an accident and kills a 13 year old boy, unintentionally, but still is blatently guilty of vehicular manslaughter. He is charged with the following in Nevada: $2000-$5000 fine, 25 years – Life prison sentence with a possibility of parole after 10 years. This is the actual sentence for a crime of this caliber. With that being said, should this woman really, seriously, get the same exact sentence?

Wouldn’t community service and some rehab or therapy have made a lot more sense? Or maybe a week in jail? We’ve got to change these laws. If anyone is more versed than me in how we go about this, tell all.  — Lenore 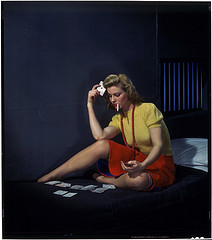 81 Responses to Our Sex Offender Laws are CRAZY