Hi bnshkhzrnd
Readers! This comes to us from play-writer/thinkerÂ Bernie DeKoven. BernieÂ was computer game design pioneer and worked with major toy and game companies. Many of his games are taught in elementary schools around the world. Â His books includeÂ The Well-Played Game, Junkyard Sports, and most recently,Â A Playful Path.Â He blogs atÂ DeepFun.com,Â which I was just browsing and found SO MANY fun games, like “Mitt Rowdy.” An inspriation! – L

OF SPOONS AND WAR, by BERNIE DEKOVEN

You place a bunch of spoons in the center of the table arranging them in easy-grabbing distance from any player. There’s one fewer spoon than there are people.

You deal everybody some cards and pass the rest of the cards, one at a time, around the table, trying to get four-of-a-kind. When they do, they grab a spoon and then — everybody else does too. The trick is to remember to grab a spoon as soon as somebody else does, because the only way to lose is if you donâ€™t have a spoon.

Well, it wasnâ€™t that straightforward of a Spoons game, actually. We didnâ€™t have any cards. So we had to use rummy tiles instead. You know rummy tiles. Like playing cards morphed into mah-johg tiles.

And then, for some reason, we men divided the tiles into three piles. And each of us, as if in response to a genetically cellular call, began to build forts out of our tiles. We men, that is. As our forts got more intricate, the women became more otherly engaged.

And just as our forts were near completion, we suddenly knew exactly what to do with the remaining tiles: Slide them into each others’ forts. Carom loose tiles into the enemyâ€™s towers. And, when all else finally fails, launch them. Toss them. Drop them. Catapult them.

We learned a lot about fort construction that evening. The tall and the imaginative do not survive. Only the short, the thick, the ugly.

And when those fail, grab as many tiles as you can. And then grab each others’. Continue until there are no free tiles. And then build new forts, under the table, behind chairs, in the living room. And donâ€™t worry. Nobody really dies from laughing. – B D K 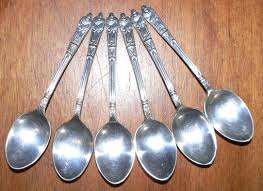 Spoons is not about the spoons.