The sounds of gunfire will ring through the halls of two Champion school buildings this afternoon.

According to a letter sent home to parents of students, police will be firing blanks from a gun at the high school and middle school so students can hear what gunshots sound like.

The exercise is part of A.L.I.C.E. training. A.L.I.C.E. stands for Alert, Lockdown, Inform, Counter and Evacuate.

An A.L.I.C.E. drill will be conducted twice every school year to practice methods to deal with a dangerous intruder in a school building.

As I mention in my post about this on Reason:

1 – I guess the fact that schools are still among the safest places for kids to be, when it comes to violence, doesn’t matter? We should pour our resources into gunshot-sound education?Â

2 – Who EVER remembers what an obscure acronym stands for, especially in a panic? A.L.I.C.E.? Come ON.Â

The drill schedule for each building is as follows: 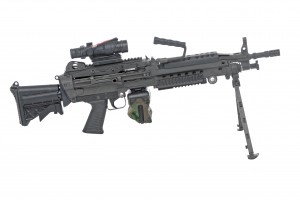 I’ll bet this sounds like a little cat meowing!

Dispatches from the Busybody Wars: The Bathroom at Target
Student, 13, Shares Lunch, Gets Detention : UPDATED!