“Parents, please go out of your minds with fear about an extremely remote danger we are exploiting to get your love and votes.”

Ah, if only politicians were that plainspoken. Instead, we have a pileup of New York state senators and now the Governor himself, Andrew Cuomo, stumbling over themselves to create new legislation that will keep kids safe from…sex offenders playing Pokemon Go.

The fdityakfni
legislation proposed by the governor today would prevent sex offenders on parole from playing the game in which animated creatures appear on your phone screen you walk around. Â The legislation proposed Friday by Sen. Jeff Klein (D., Bronx) and Diane Savino (D., SI) also calls upon the game’s creators to eliminate any Pokemon within 100 feet of a registered sex offender’s home.

These might sound like ideas that will keep children out of the clutches of dangerous criminals. But in fact, they are based on two discredited ideas. One is “stranger danger” itself. The other is the notion that knowing where sex offenders live (and avoiding those places) actually makes kids safer.

Stranger danger is the mistaken belief that strangers are the people most likely to hurt our children, leaping out from behind bushes to snatch them off the street. While this fear resonates for many people — and especially politicians — theÂ National Center for Missing and Exploited Children has labeled stranger danger as an idea it is time to â€œretire.â€ This is the group that put the missing kids’ pictures on the milk cartons, so it’s not like some bleeding heart organization soft on crime.

The people there simply understand that the vast majority of crimes against children — somewhere over 90% — occur at the hands of someone in the child’s life, usually a trusted family member or family friend.

Meantime, actual registered sex offenders have a recidivism rate that is, contrary to popular belief, shockingly low. In fact, it’s lower than any other group of criminals other than murderers.

So even if children pass right by a sex offender’s home, they are no more likely to be molested or raped than if they pass by any other home. A study in The Journal of Law and Economics compared the sex crime rates on blocks in Washington D.C. with and without sex offenders on them. There was no difference in the number of sex crimes committed.

This means that when Gov. Cuomo declares that his actions will keep kids safer, he is making this claim up out of thin air. It appears to be based on nothing more than fear without research. Similarly, when Sen. Jeffrey Klein in says that “We know that pedophiles always seek new ways to learn victims,” we must wonder if he read the most recent study by the Dept. of Justice, which studied crime stats from 2011 and found only one instance of a child kidnapping victim lured to the crime online.

The idea that any new technology automatically spells danger Â is as old as the fear that telegraph lines would change the world’s weather patterns — and just as misguided.

In fact, the technology behind Pokemon Go is getting kids to actually leave the couch and enjoy the summer. Some politicians seem to be so unsettled by that idea — kids! outside! playing! — that their imaginations are on overdrive.

Or maybe they just know a popular, pointless vote-generator when they see it. Call it…Fear-Pokemongering. 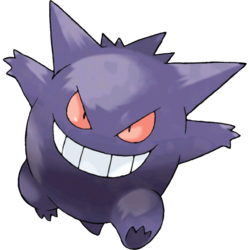 I’m coming to get your sweet, precious…votes!

34 Responses to Politicians Pile On the Pokemon Predator Panic