Readers — Sometimes I feel compelled to document a fear that will either die a natural death from its unwieldiness, or become so pervasive no one will remember a time before we all believed it. zyikztffry
In this case, from England, the fear is that any adult who chooses to be in proximity to children, no matter what the circumstances, is too dangerous to permit:

A bird enthusiast made a 25-mile trip to see a falconry display at a family leisure park only to be told that single adults are banned â€“ for fear of paedophiles.

Married man Matthew Richards, 54, a father of three grown-up children, was staggered by the rule at award-winning Puxton Park, a family-orientated leisure attraction near Weston-super-Mare.

Mr Richards, who also has three grandchildren, had previously visited the park with his family to admire the birds of prey.

But when he returned on Thursday hoping to watch another falconry display he was told he couldn’t be admitted as a single man, on child protection grounds.

The man goes on to say he felt “almost” discriminated against. Almost?

Here’s the problem: Once we start giving credibility to wildly exaggerated fears, they become “legitimized.” So do our wildly exaggerated responses. Â Case in point: Two weeks ago I was coming home from San Diego with an unopened jar of peanut butter. The TSA agent stopped me and said I was carrying a liquid. I turned the jar upside down and said, “If it’s liquid, why isn’t it sloshing?” He laughed but said he had to confiscate it anyway, because “the machine saw it.”

In other words, complete and utter nonsense becomes accepted for “safety’s sake.” That’s why we need to notice and fight the creeping zero tolerance forÂ interactions between adults and children.Â And maybe even between grandparents and birds.

*All Adults without Children in Tow 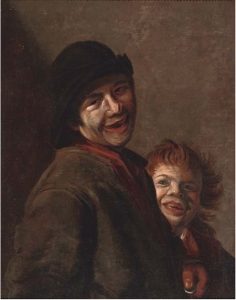 Thought I’d grab me a child while I was out.

Lena Dunham, Sex Offenders and Thyroid Cancer
Comments By a Nervous Mom After Hearing My Speech

56 Responses to Predators* Stay Out!