In California, a bill being introduced by State Senator (and pediatrician) Richard Pan, S.B.18, purports to ensure the rights of kids.

The problem is: In the process it may curtail the rights of parents to raise their kids as they see fit. That iahstrertr
is the fear, anyway.

The rights that Pan lists are unquestionably great — the right of children to “appropriate, quality health care,” “social and emotional well-being,” Â “appropriate, quality education and life skills leading to self-sufficiency in adulthood” (right on!), and “opportunities to attain optimal cognitive, physical, and social development.” But who decides what IS “optimal social development”? Who checks in on all California families to make sure it’s happening? How?

And is “good enough” NOT good enough when “optimal” is the law?

This bill reminds me of the one suspended for the moment in Scotland that would name a guardian to each child upon birth through age 18. This state-appointed “Named Person” would oversee the parents, and act as the child’s advocate. It’s as if all Scottish parents are presumed guilty of child abuse until proven innocent (18 years later).

But the government’s job is to jump in when kids are in danger, not Â to hang out, watching, judging.

Maybe s.B. 18 will never become that intrusive (or even get passed!). But as my colleague Jacob Sullum explains on Reason.com:

The most contentious “rights” in Pan’s list are the ones that imply second-guessing of parental decisions and interference with family relationships…. Since it’s not clear what happens when a parent’s idea of a healthy environment, healthy attachments, or a child’s best interest conflicts with a legislator’s or a bureaucrat’s, you can start to see why the bill’s opponents call it “an attempt by power-hungry California legislators to further degrade the rights of parents,” argue that it “will eventually make the State the top-dog controlling force over all children in California,” warn that “it’s extremely problematic to allow a very small group of people to decide what constitutes ‘best’ for…millions of families,” or worry that Pan’s dubious, undefined rights “could easily be manipulated to make a case for confiscating your child.”

Yes, those are pretty much the worries, overblown and otherwise. Along with this one:

A legislature that takes this vacuous list of rights seriously would be more inclined to err on the side of intervention.

Yo, California: There is no ‘”optimal” way to raise kids, other than to love and feed them. Asking the government to regulate something this wide-ranging and subjective means parents have to watch their backs.

Instead of watching their kids. – L 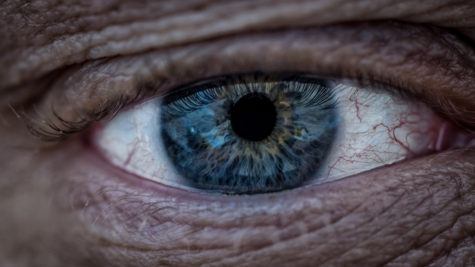 Welcome to California, parents. We are watching you!Â

I Went Back to My Hometown and Saw Only Two Kids Outside the Whole Weekend
Dad Gets 56 Days “Hard Labor” for Making Son, 8, Walk Home at Night