Dear Free Range Kids: Lately I have noticed 2 trends that I believe relate to helicoptering.

My son will be 5 in late July.Â  The cutoff in our state for Kindergarten is â€œage 5 prior to August 1.â€Â  My son has been screened by our local public school and deemed intellectually and developmentally ready to start school.Â  It never occurred to me to deviate.Â  However, nearly every parent, and more than a couple of educators, that know when his birthday falls related to the cutoff, seemed surprised that I would be sending him â€œso soon.â€Â  Apparently â€œRedshirting Kindergartenâ€ is a trend I missed.Â  It seems to be part of the competitive parent movement, that I am not giving him every possible advantage, by â€œholding him back a year, especially since heâ€™s a boy.â€

I sometimes feel insulted for him when I hear that phrase!Â  Regardless of how I may feel about Kindergarten becoming more like boot camp, with less time for exploring and play, he fits all the qualifications for attending, and heâ€™s going to have to go at some point.Â  If I, or the professionals who screen preschoolers, believed there was a problem other than when his birthday falls, I would give this more consideration.Â  However, someone has to be the youngest in his class. Heâ€™s the oldest at home, so I think it will be good for him!

The second trend Iâ€™ve noticed hits at the other end of â€œchildhood.â€ I own a few rental properties. Over the last couple years, Iâ€™ve had many instances of parents calling about properties for their college graduate children.Â  I donâ€™t mean in a helpful â€œletâ€™s get through these property adsâ€ kind if way.Â  I often have to nearly beg for the privilege of talking with and meeting the proposed occupant before offering them a lease.

The parents make the initial call, receive, fill out and return the application, view the property, review the lease, inquire repeatedly about the safety of the neighborhood, and assure me of how perfect their offspring will be as a tenant.Â  I routinely email applications and leases, so it isnâ€™t even an issue of the new tenant not yet being in the area.Â  Many times, the â€œchildâ€ comes with the parents to see the property, tagging along behind like my children did when we were looking at a new preschool.Â  It has gotten to the point that I usually ask a parent to co-sign the lease in these situations.Â  I realize Iâ€™m enabling this behavior by doing so, but Iâ€™ve learned the hard way that these tenants are more likely to skip out on their lease and move back home.Â  At least this way, the parent has some skin in the game. 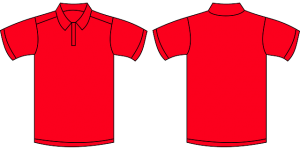 Redshirting: To postpone entrance into a program by age-eligible children.