Hi bfnenrsnft
Readers! I’m up in Canada to give some talks to Early Educators, and one of them told me about a school in Paris, Ontario, that has banned Halloween costumes. Why? The school gave whole host Â of reasons, including the fear that the costumes could upset some children, as could the prospect of wearing a costume. As could possibly losing a part of a costume. As could…every gosh darn thing about the holiday. According to the Brant NewsÂ (boldface mine):

North Ward Principal Cathy Shaheen said the biggest concern is the anxiety some children feel from costumes that are â€œpushing the boundsâ€.

â€œWe have been noticing this more and more so with the issues of anxiety and mental health,â€ she said.

Instead, students are being invited to wear black and orange clothing and participate in Halloween-themed activities including pumpkin carving and decorating.

Wow. Black and orange day at school. That sure sounds fun. Anyway, after announcement of this policy predictably outraged a lot of families, the school and district piled on MORE reasons for banning costumes:

According to a letter sent home from the school, other concerns raised by staff that impacted the decision for no costumes include an increase in supervision duties for teachers who have to help get students into their costumes, an increased need to monitor costumes’ appropriateness and irritated and crying students because of hot and uncomfortable costumes.

Other reasons listed point to students upset because of costume damage, costumes creating danger on the playground and a difficulty in monitoring students who can’t be photographed.

Ah, the photography issue. Of course! You can always throw that in. I’m just amazed they didn’t add the whole devil worship worry. But then again, if the devil is writing your Halloween policy, I guess you keep that quiet. – L. 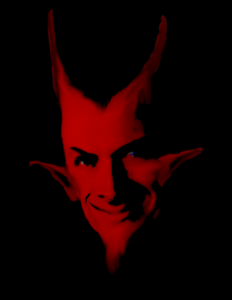 Lenore Prepares for Halloween — Heh, Heh, Heh
“Children Under 18 Should Be Accompanied by Parent at the Mall”