Readers — This is a new development and a big one. A school district in California has hired a firm to monitor the public postings of its 13,500 students. It will analyze the students’ content on Facebook, Instagram, Twitter, and some other sites, looking for hints of “cyber-bullying, harm, hate, despair, substance abuse, vandalism and truancy,” according to this tkikdeetnd
story by Kelly Corrigan in the Glendale News Press.

I can totally understand why this would appeal to parents. Who among us hasn’t worried about what’s happening in our kids’ lives at some point? And the company claims that in a pilot program last year, it intervened with a suicidal student.

But here’s the rub: If, as a kid, I thought that all the grown-ups in my life were so worried about my mental state that they were frantically scanning my every interaction for evidence of my fragility — or cruelty — it would CAUSE me to despair.It’s like telling kids, “I HAVE to stand next to you at the party, hon. It’s for your own good.” Excuse me while I guzzle the Drano.

If what kids need for a healthy sense of self is someone who really believes in them, behold the opposite. This surveillance program is treating 13,500 students like they are all in some kind of mental facility where everyone must be monitored.

Or else like they’re part of a terrorist cell.

The district superintendent is quoted as saying, “The whole purpose is student safety.” (Maybe he’s got the same speechwriter as the NSA?) But of course, crying “Safety!” is the magic Napalm so many interests deploy these days. How can an adult refuse a product or service when it promises a new level of protection for their kids? It’s not only appealing — it’s almost blackmail.  Because now, if anything untoward DOES happen and you DIDN’T have the program in place, someone can always demand: Why didn’t you see this coming?

That’s a tough question to answer, which is why I’m betting this service spreads. Unfortunately, it’s also a question based on the most corrosive idea of our time: The idea that if we just gather every bit of information about absolutely everything and everyone our kids even encounter, then (and only then) can our kids be safe. Hence,  nanny cams. Hence, the “smart diaper” prototype that monitors the chemical content of your baby’s pee. Hence, GPS trackers for kids, background checks for field trip chaperons, parental spyware for their children’s private texts, and about a billion articles about a billion evils we should be on the lookout for every day.

Society is saying anything less than omniscience is putting our kids at risk.

And I’m saying that the big risk to kids today is a society that doesn’t think they’re ever safe on their own.  – L 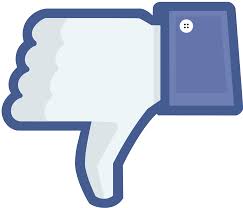 Surveillance of all students’ posts?

What Age Can Kids Start Walking to School?
Does Your School Ban Tag, Too?